Subscribe to the Blog!
You are here: Home / Baking / MANGO AND RASPBERRY FRANGIPANE TART 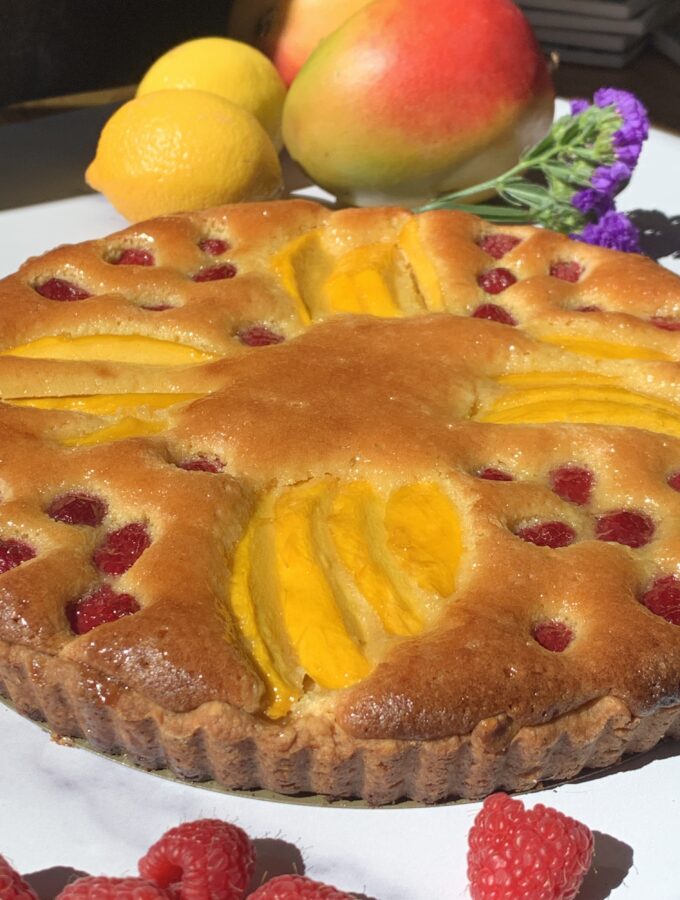 Once upon a time, a long long time ago, an Italian Nobleman travelled to Paris. He brought with him gloves made of the softest Italian leather which he had scented with an almond perfume.  The nobleman and his gloves were an immediate hit with French Society.  And the French did what the French do.  They set out to make a dish inspired by the Nobleman’s almond scented gloves.

The nobleman was the Marquis Muzio Frangipani and the dish they created was a tart filled with an almond cream which they called “Frangipane”.    The classic French Frangipane tart consists of a sweet short crust pastry shell filled with almond cream and topped with fruit.

Over time the almond cream filling moved to England where it became the key ingredient of a much more rustic dish, the Bakewell Tart.  It consists of short crust pastry, jam, and almond cream topped with an icing sugar glaze. I would often buy these as an afterschool treat for my daughters when we lived outside London.

Recently I brought together all the places of my life and made a Frangipane Tart topped with Mango and Raspberry. The tang of the raspberries meets the sweetness of the mango and they dance on your tongue to the music of almonds.

Make the shortcrust pastry according to my recipe for fruit tart    Blind bake it according to the recipe.  You can do this the day before if you like. 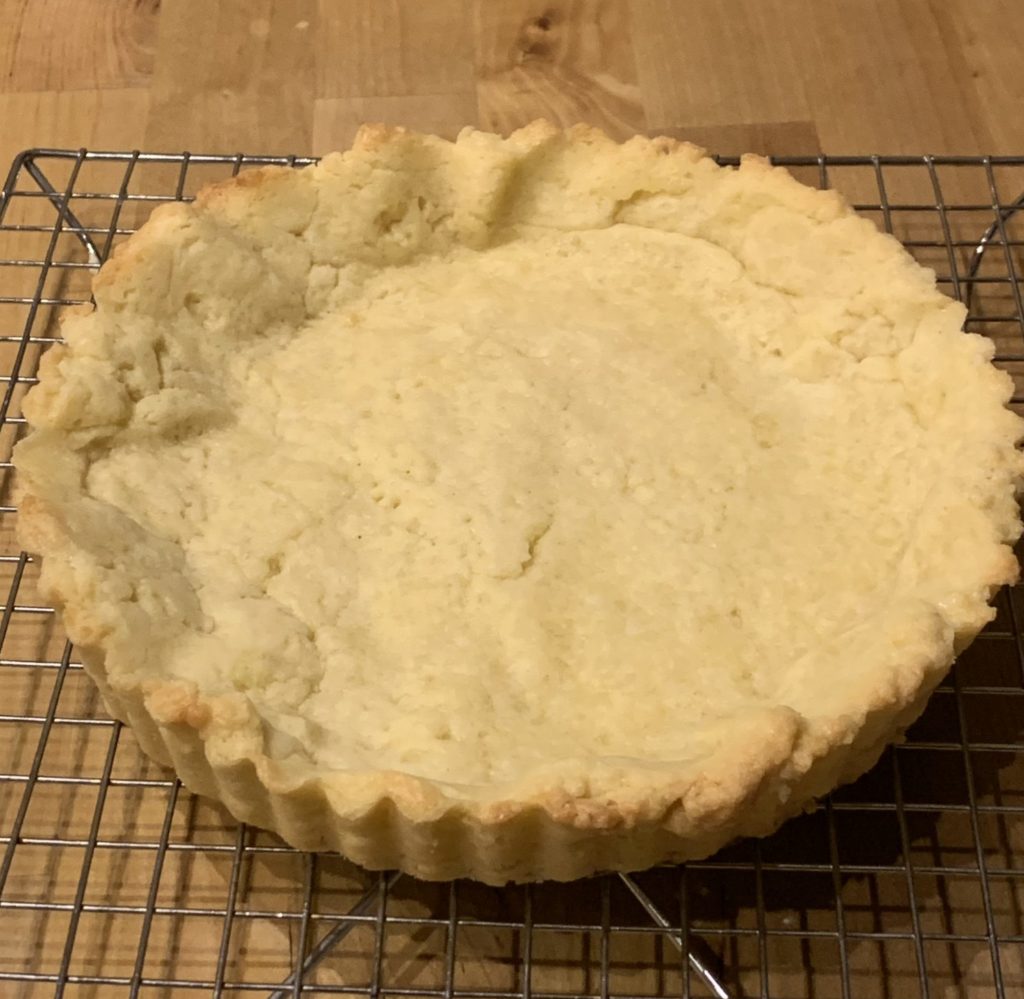 This is a finished crust for an unbaked tart.  Leave yours in the pan until the tart is completely finished.

Beat butter and sugar together until well creamed, about 5-6 minutes on medium high.  Use cultured butter for the best results.  The mixture should become very light in color.

Beat in the eggs and almond flour, beating it well (one minute on high) between each addition.  It will get even creamier and lighter! 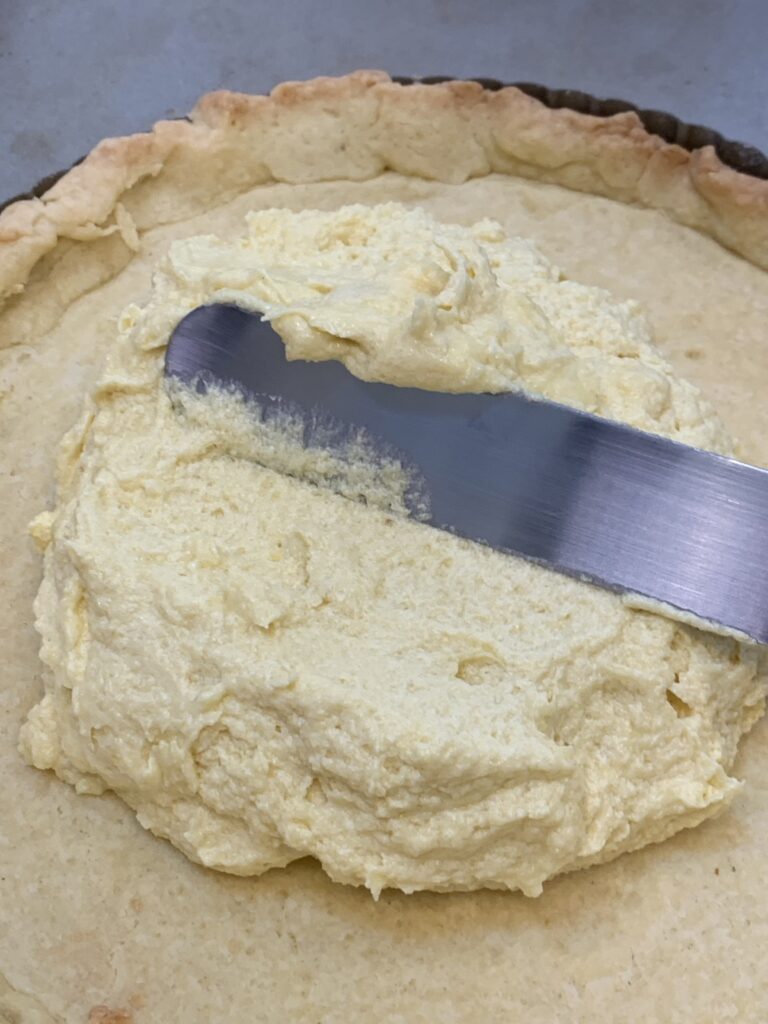 The frangipane will be very light in color and fluffy

Drop the mixture in your pre-baked tart shell and use a knife or offset spatula to spread it evenly.

Decorate with the fruit. 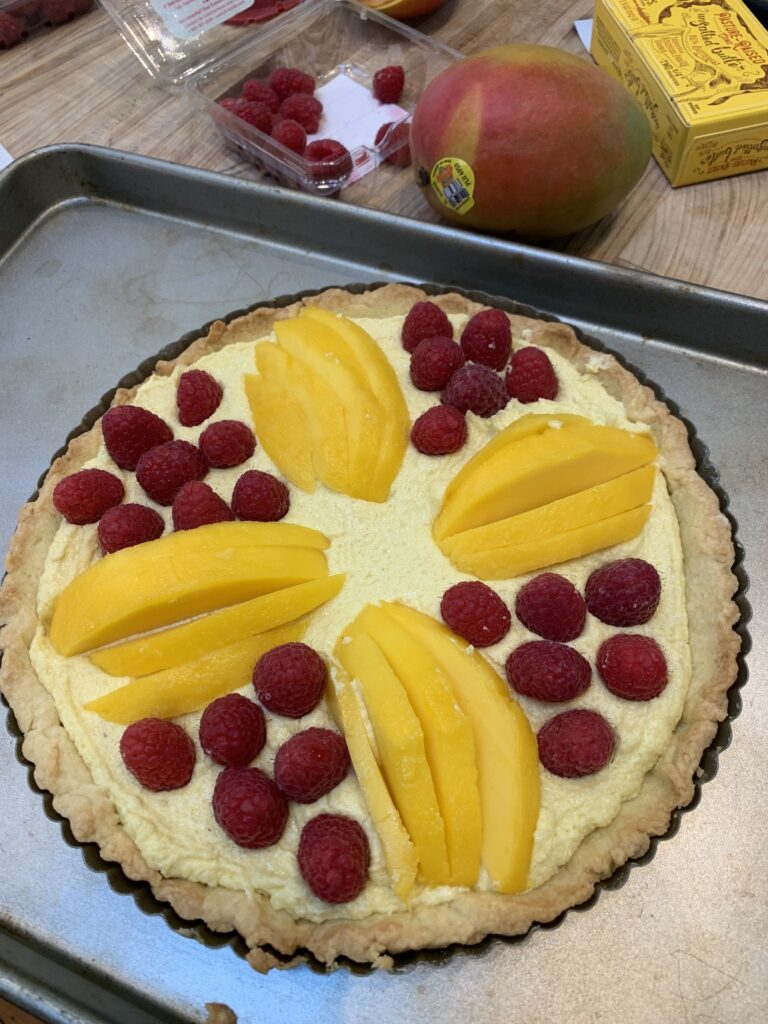 I placed my fruit so that a slice could be made using one or both fruits.

After the tart is baked, melt a little apple jelly and brush it over the top to give it a nice shine. 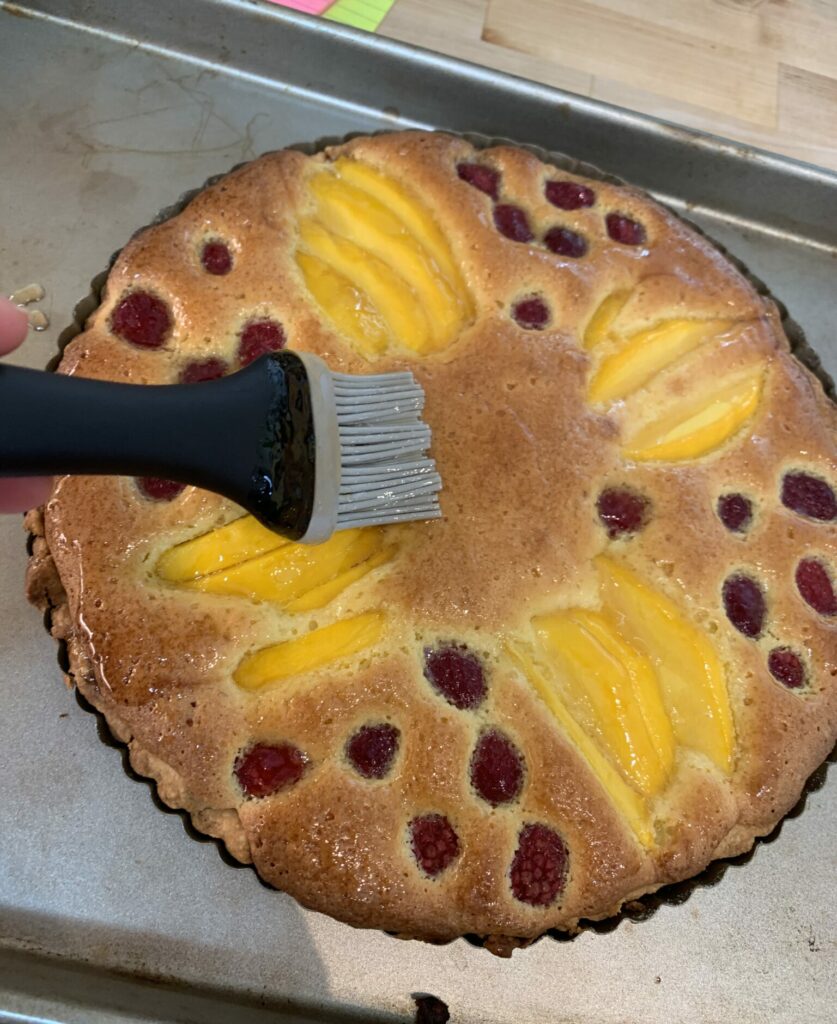 Serve the tart warm or at room temperature. 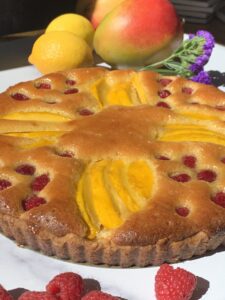 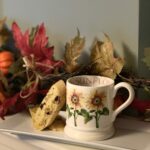 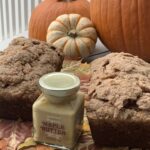 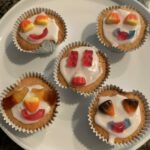 All this rain is definitely helping my pantry! Sm

What does Candy Corn taste like? If you had to ma

Muffin bread or quick bread? Call it what you lik

Thank you Julie P from North Carolina for your nic

I think biscotti are given a bad rap. They are so much more than rock hard cookies. Properly made they have a crisp exterior hiding a soft and flavorful inside. And they are fun to make. Try these lovely ginger and cranberry filled treats and see!

PUMPKIN BISCOTTI WITH GINGER AND CRANBERRY - A Woman Cooks in Asheville