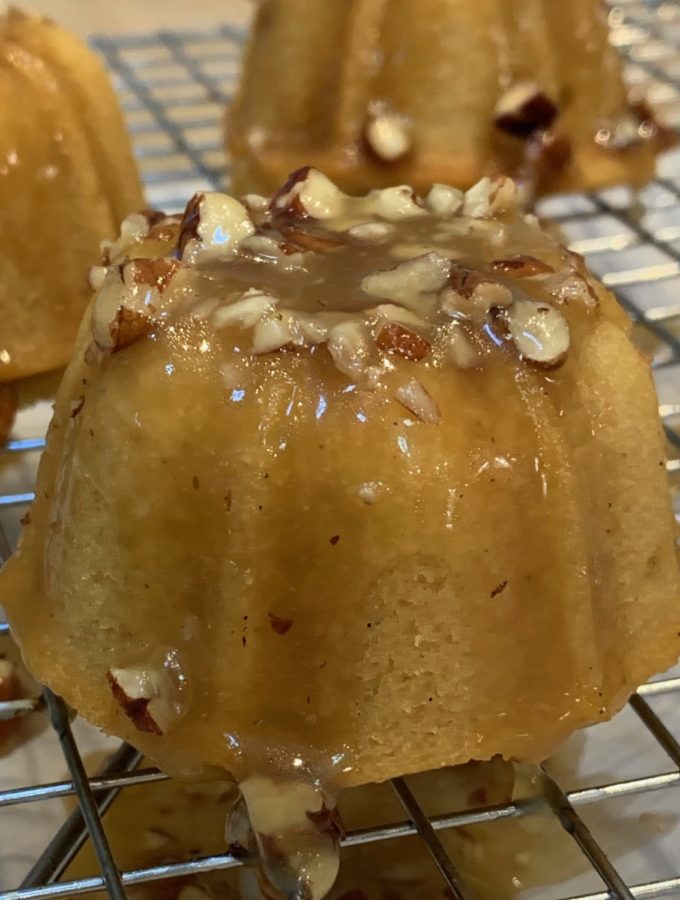 Holiday baking, it’s what I do.  It’s who I am.  As soon as Halloween is out of the way I get started making cookies, cakes, pies and all the other special sweets of Thanksgiving and Christmas.  There is no magazine that I won’t buy, no TV cooking show I won’t watch and no blog or e-newsletter I won’t read. 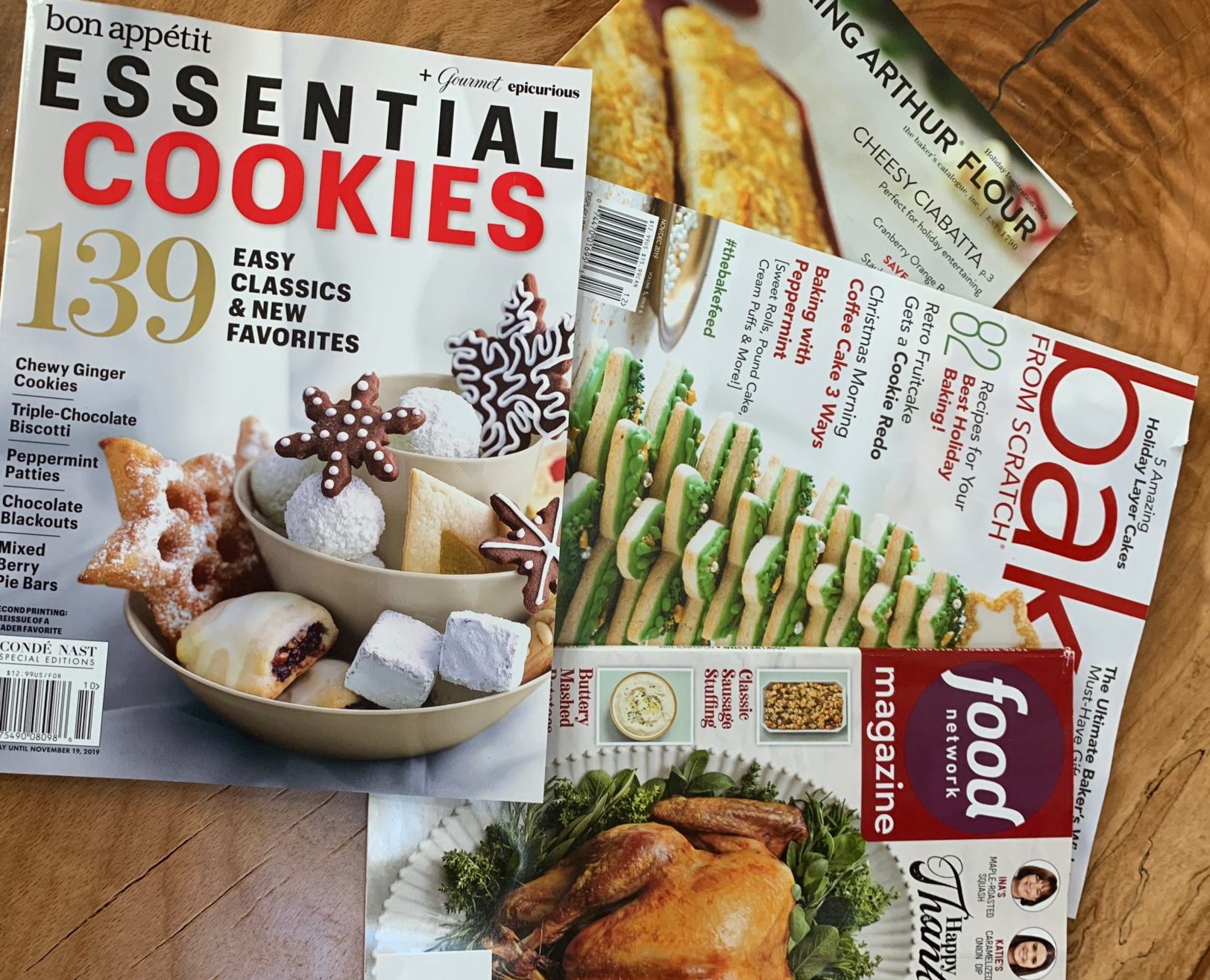 So many magazines, so little time!

And the recipes start today.

This particular recipe for a bourbon and brown sugar cake topped with a maple pecan glaze had two different sources of inspiration: last year’s Food Network Halloween Baking Championship and a gift of special baking pan from my daughters.

On the Halloween Baking Championship they were making mini Bundt cakes and I thought that I never made a Bundt cake.  Aside from the pan, I didn’t even know what made it a “Bundt” cake. The answer is that any cake can be a Bundt cake.  It is all about the pan.

As to the baking pan , a fairly long time ago I received a mini cake pan made by Nordic Ware, the company who created the Bundt Pan in the early 1950’s.   A pan, which I am ashamed to admit, I had never used. Clearly the moment had come and, being the crazy baker that I am, I decided that it would also be fun to make Mini Bundt cakes.  (Please note, before you turn away and say you can’t make this because you don’t have a mini cake tin, the recipe works equally well as a cupcake!) 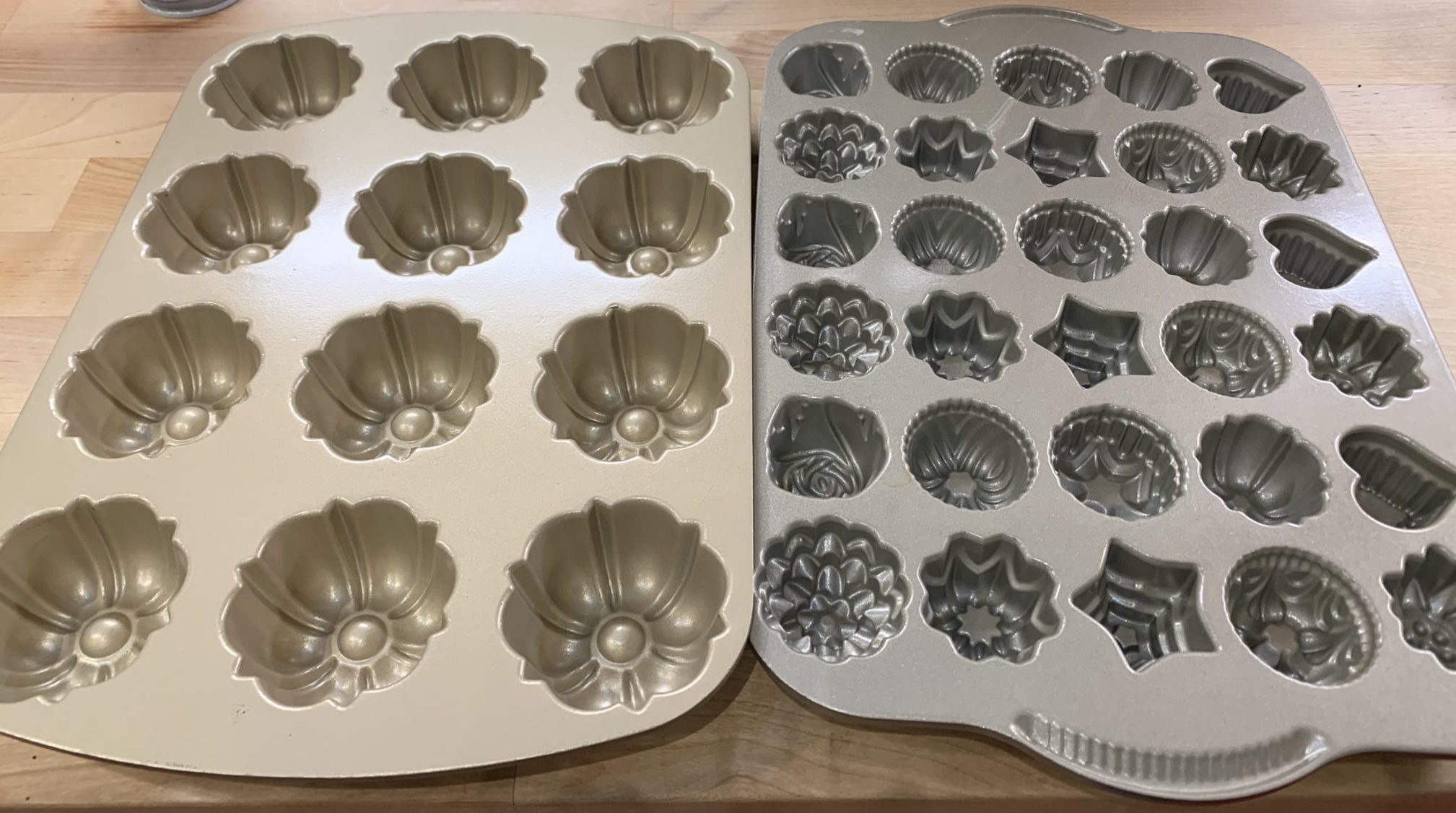 Specialty pans are fun but this recipe will work as a cupcake, mini cupcake or even a regular cake!

Enter the Southern Living Fall Baking Magazine . Southern Living publishes cake recipes like nobody’s business and sure enough, towards the end of the magazine was a recipe for a Brown Sugar Bourbon Bundt Cake.  A few accommodations were needed to adjust the recipe to my pans and I needed to come up with a glaze for it and then I was ready.

Brown Sugar and butter are beaten until creamy, eggs are added one at a time, then flour and baking soda are added alternatively with evaporated milk and bourbon.  Finally, vanilla bean paste is stirred into the mixture. You can use vanilla extract if you don’t have vanilla bean paste.  The only real difference between the two is the addition of vanilla beans seeds to the paste. 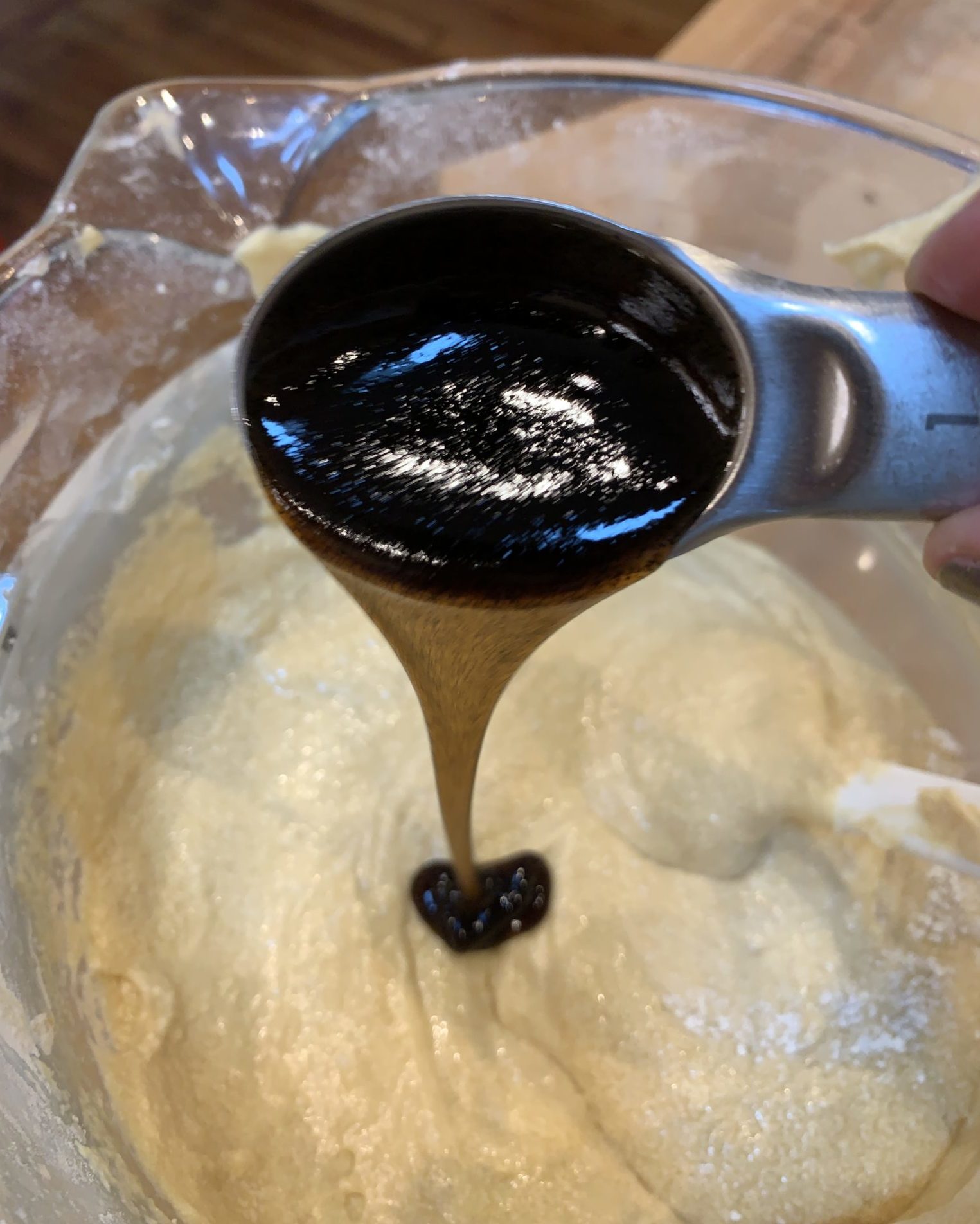 More of a syrup than a paste, Vanilla Bean Paste includes vanilla seeds

If you use a Bundt pan make sure you grease your pan well and dust it with flour so that the cake won’t stick in all the little crevasses and cracks in the pan.

Fill the pans almost full and bake the cakes until the tops spring back when touched. 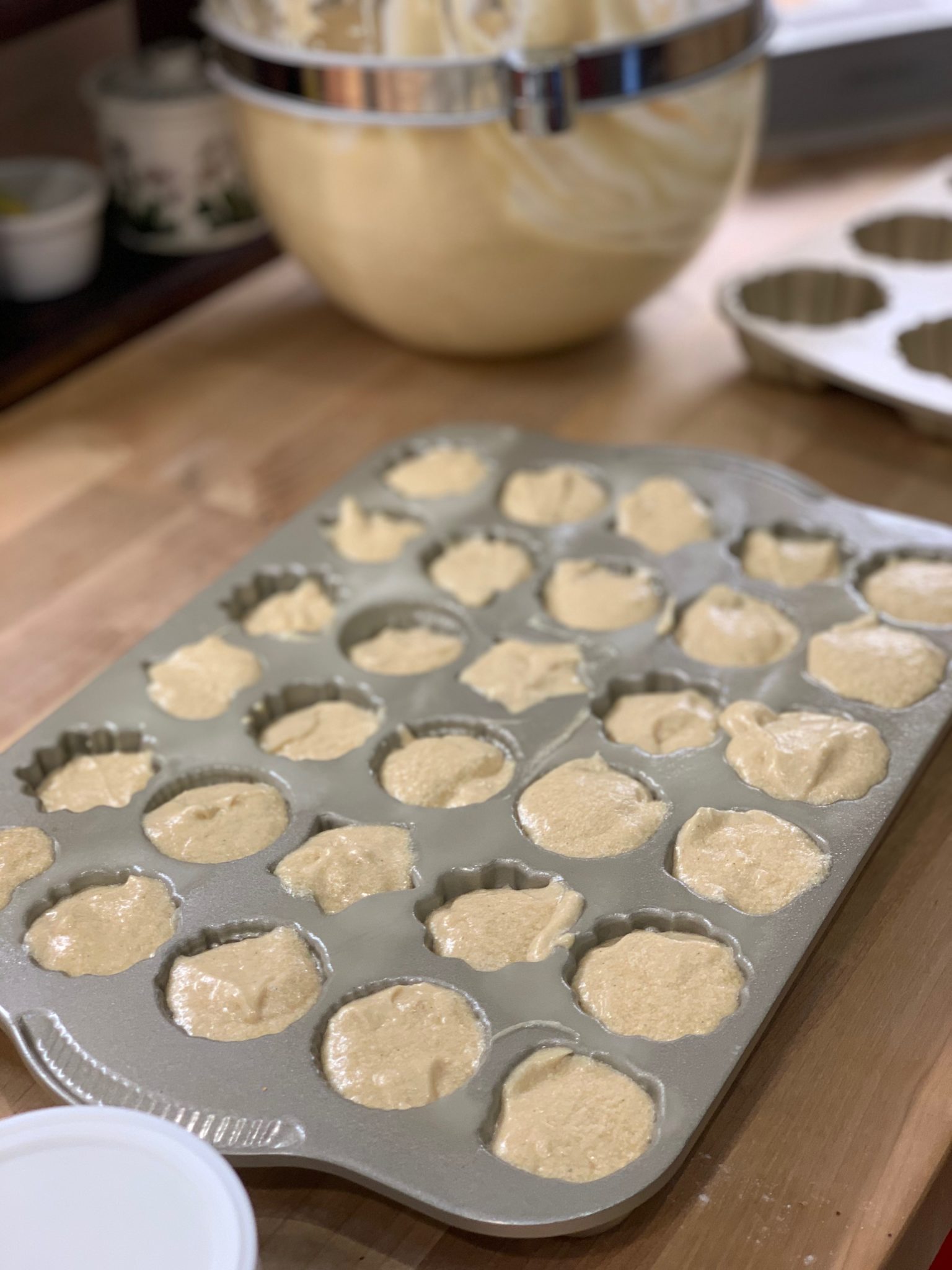 Let them cool for 10 minutes before turning them out to finish cooling on a rack. 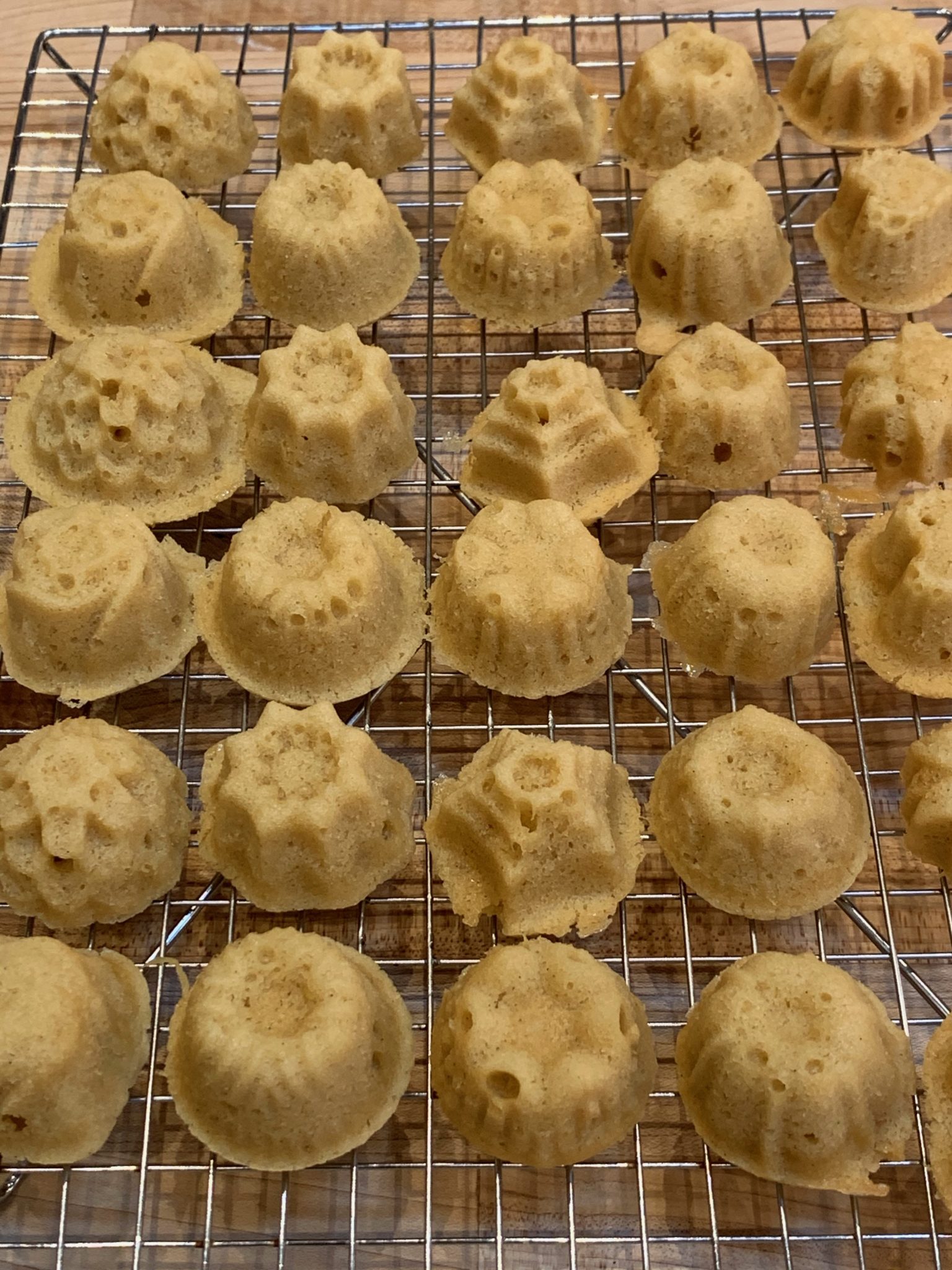 The cake is delicious by itself.  You can taste the bourbon and the vanilla but they are not overpowering.  I finished the one-bite cakes with a little dusting of powdered sugar. 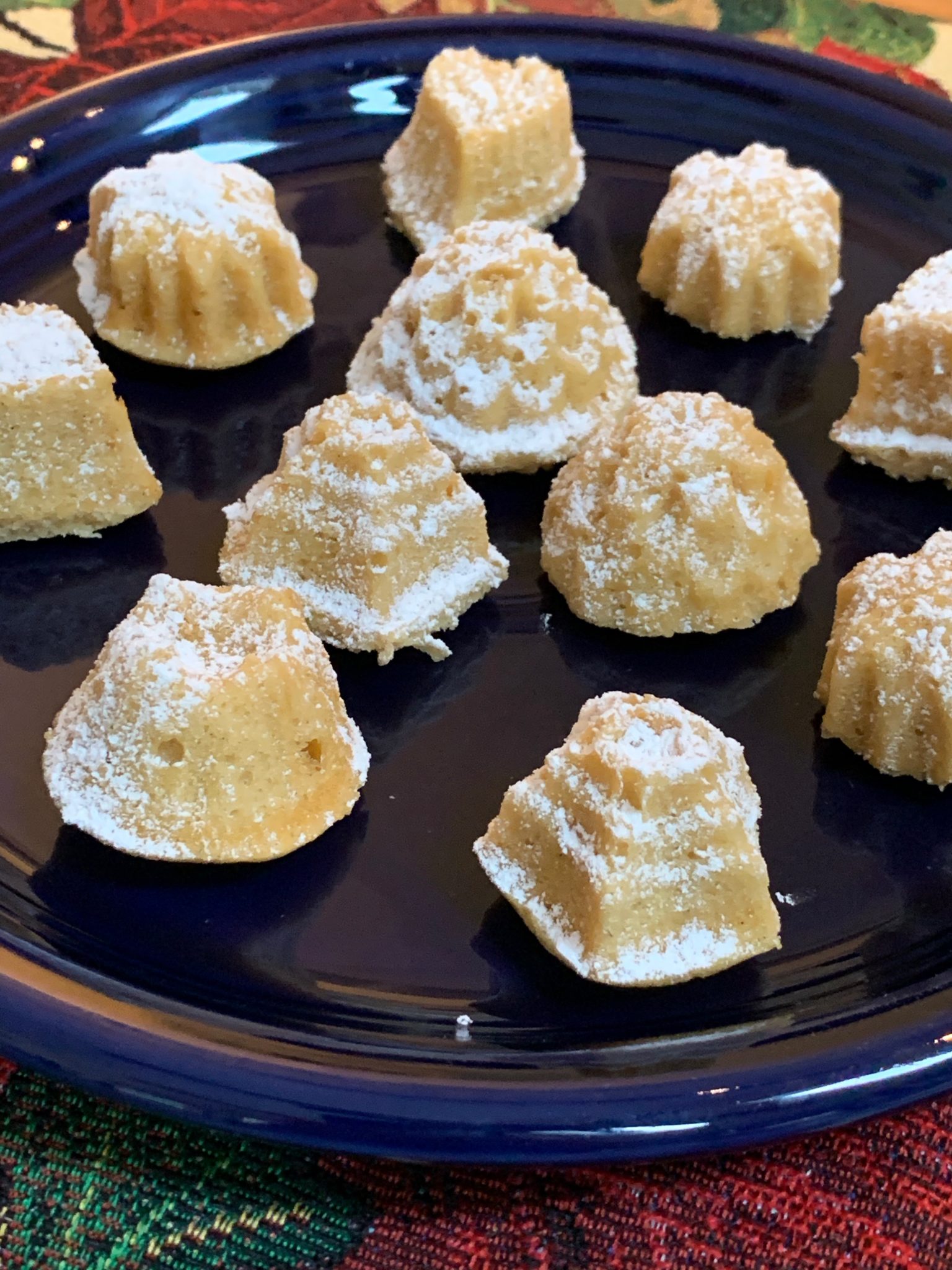 Tiny cakes like this need only a dusting of powdered sugar to accent their design.

The Mini Bundt cakes were begging for a glaze of some sort.  I was thinking Fall and Thanksgiving which meant maple and pecan.

So I melted some butter in a pan, added maple syrup and some cream and let it boil for a minute to thicken. 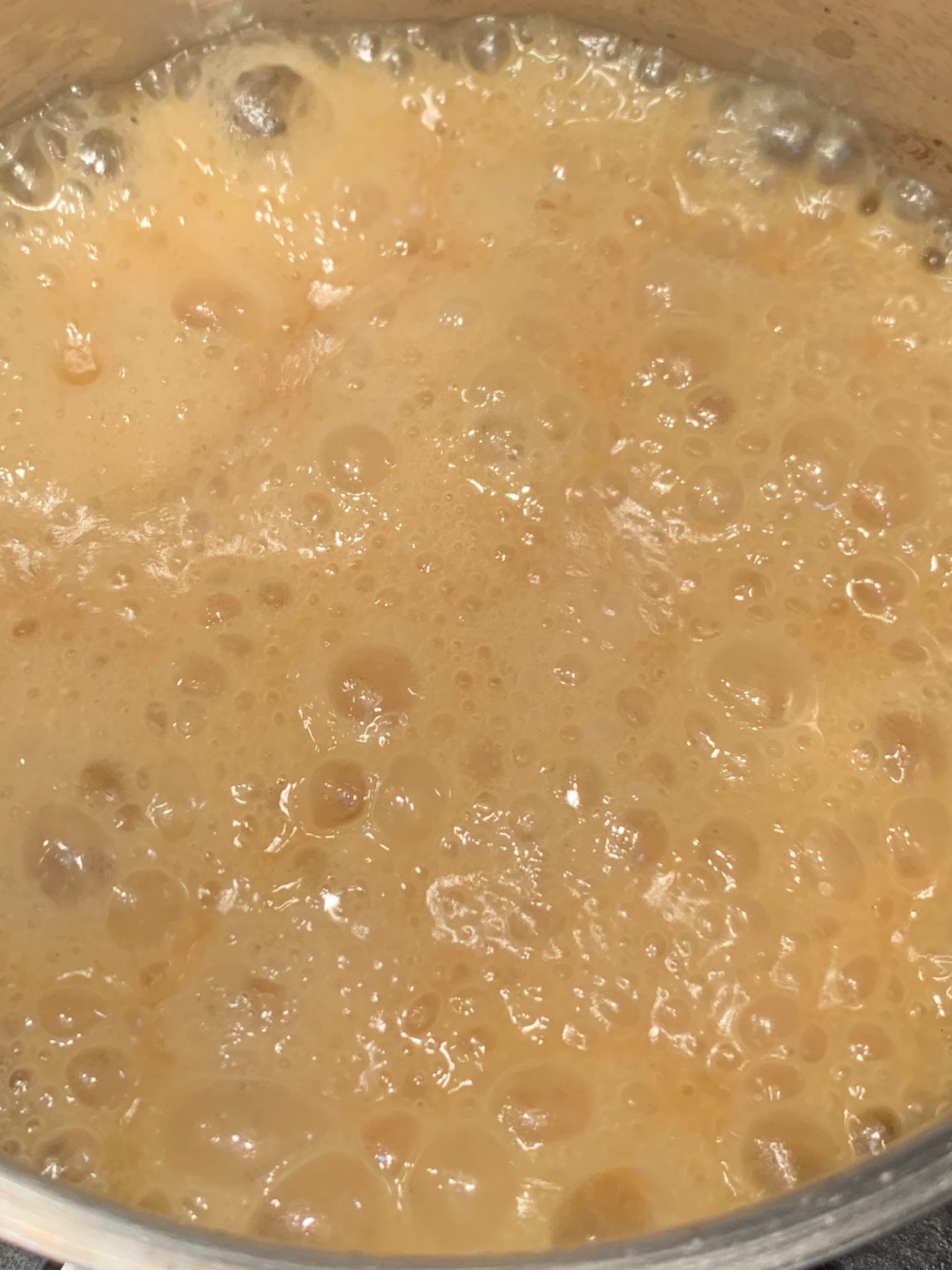 Let the mixture boil vigorously for one minute

Then I added some powdered sugar and let it cool and thicken some more. 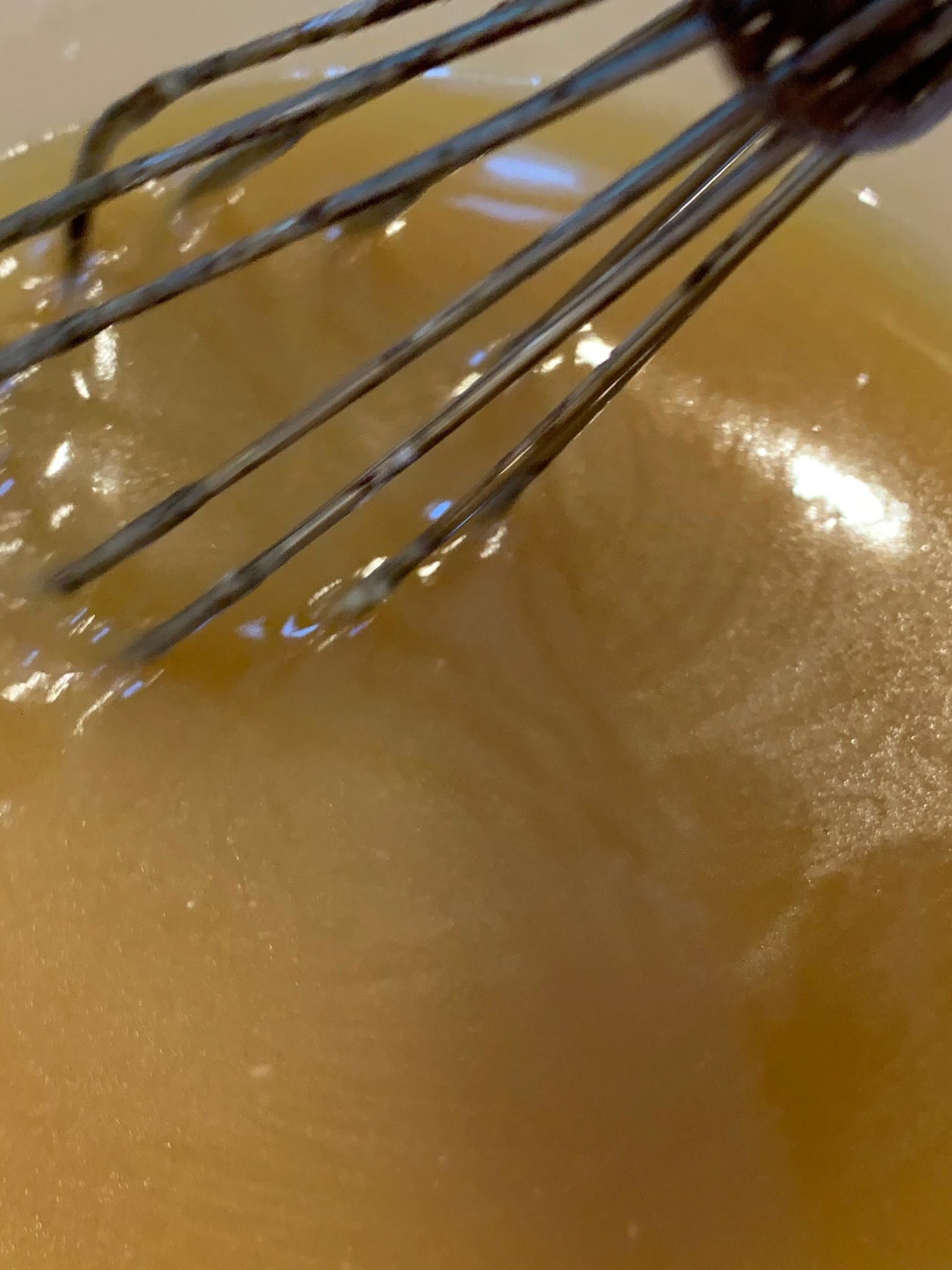 As the glaze cools it will thicken a bit more

Finally I added chopped pecans and spooned it over the cakes. 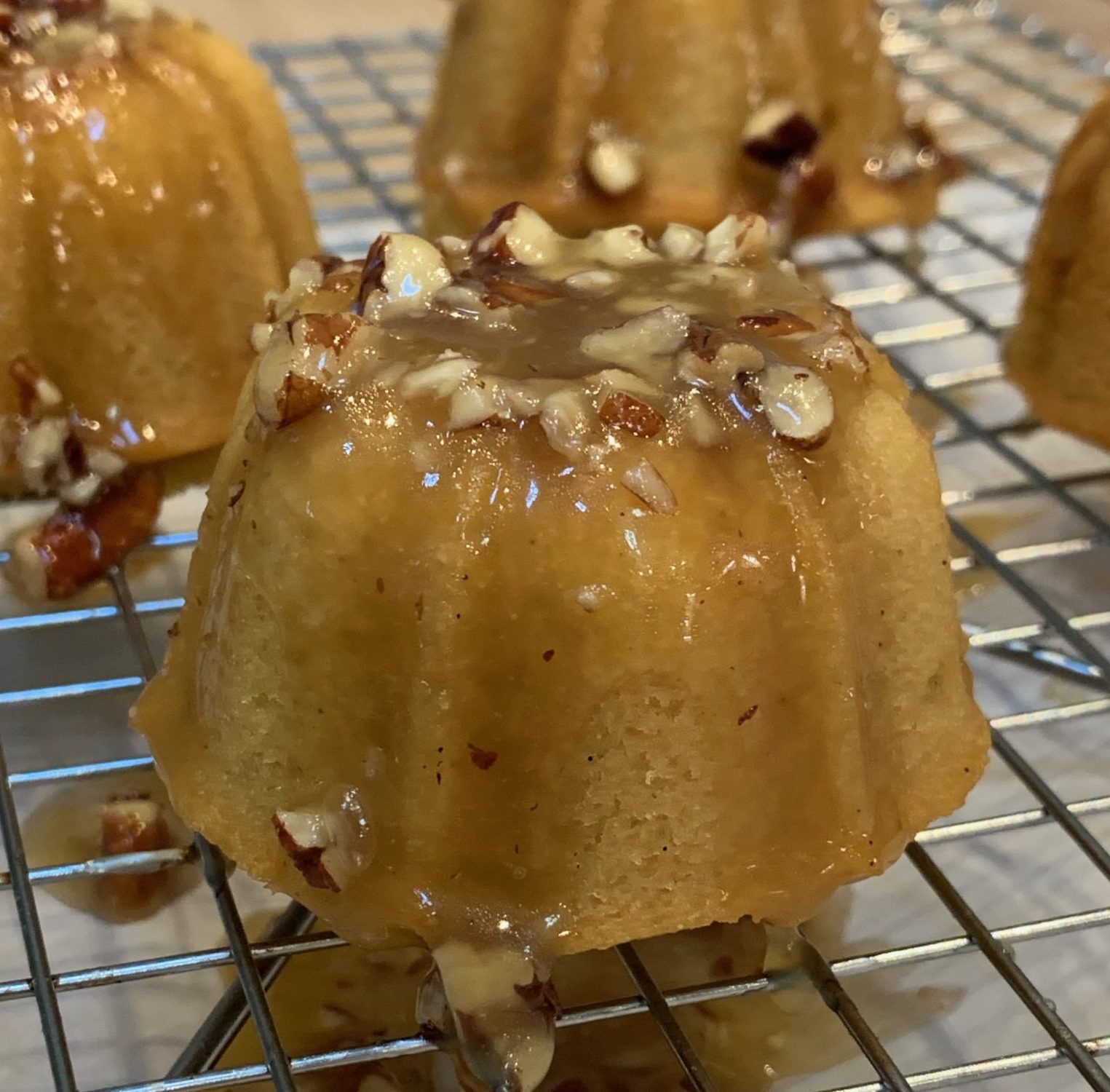 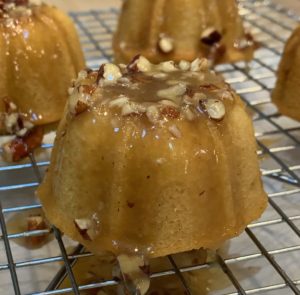 Author Adapted from a recipe by Southern Living Magazine

To make the glaze

If you using a full Bundt Cake mold, reduce the heat to 375 degrees and cook for 65-70 minutes until done