Subscribe to the Blog!
You are here: Home / Baking / MESSING WITH TRADITION: A LAYERED PECAN PIE FOR THANKSGIVING 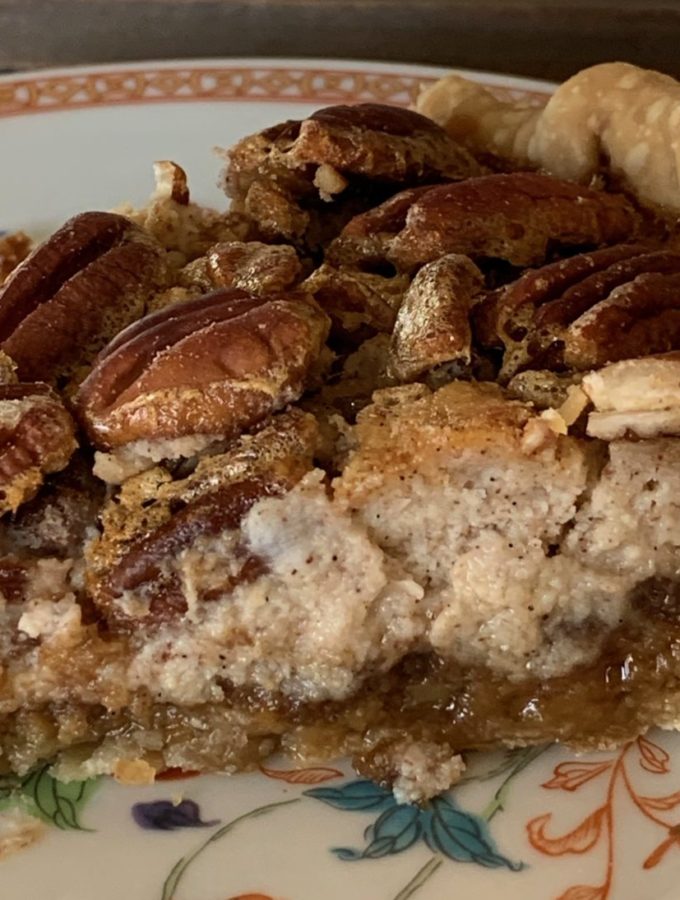 This layered pie marries two of our favorite Thanksgiving pies: Pecan Pie and Pumpkin Spice Cheesecake.  A top crust of pecan pie sits on top of a rich pumpkin spice cheesecake layer and ends with a delicious and gooey pecan filling.

Woof!  Thanksgiving: a meal so laden with tradition that there is little room for new dishes.

At least that’s the way it is in my house.  It’s perfectly fine to ADD a new dish but you can’t subtract or fool with any traditional item.

That works out okay when one is feeding ten to fifteen people, but this year we are going small; there will be just four of us at the table.  Not only is it hard to add any new dishes, I think we need to pull back on a few of the regulars. I just don’t see three pies on our table: pecan, pumpkin and apple being the traditional ones.

I have been looking at some layered pies as I’ve been pouring over recipes and I realized this is my chance to do something new and be traditional at the same time.

Behold, my version of a layered pumpkin spice cheesecake and pecan pie. 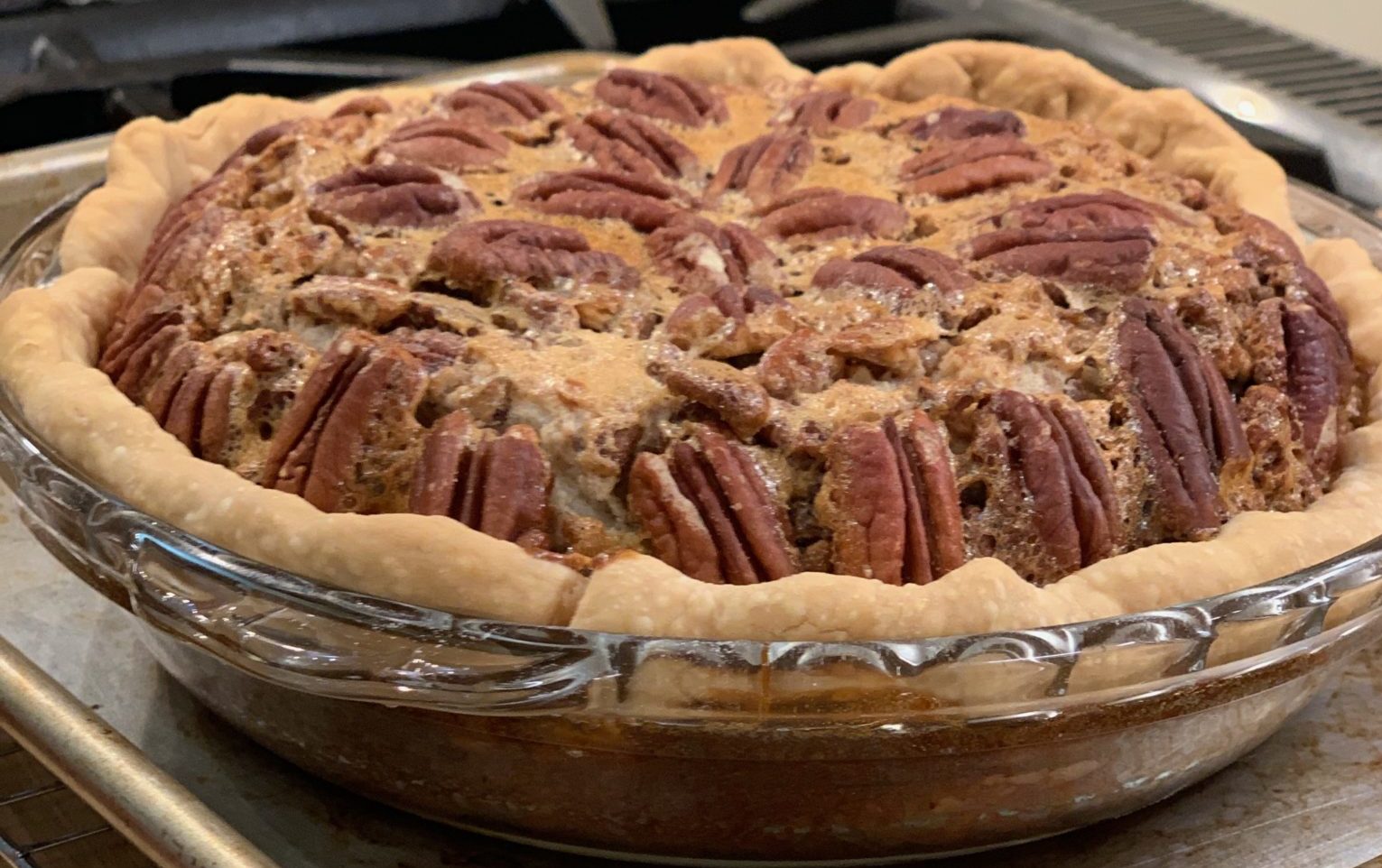 It starts with a pie crust and a confession.  No matter how hard I try, no matter what trick I use, my crimped pie crusts always sink on one side or the other.  Doesn’t matter, it still tastes good but in the interests of transparency, I’m just saying! 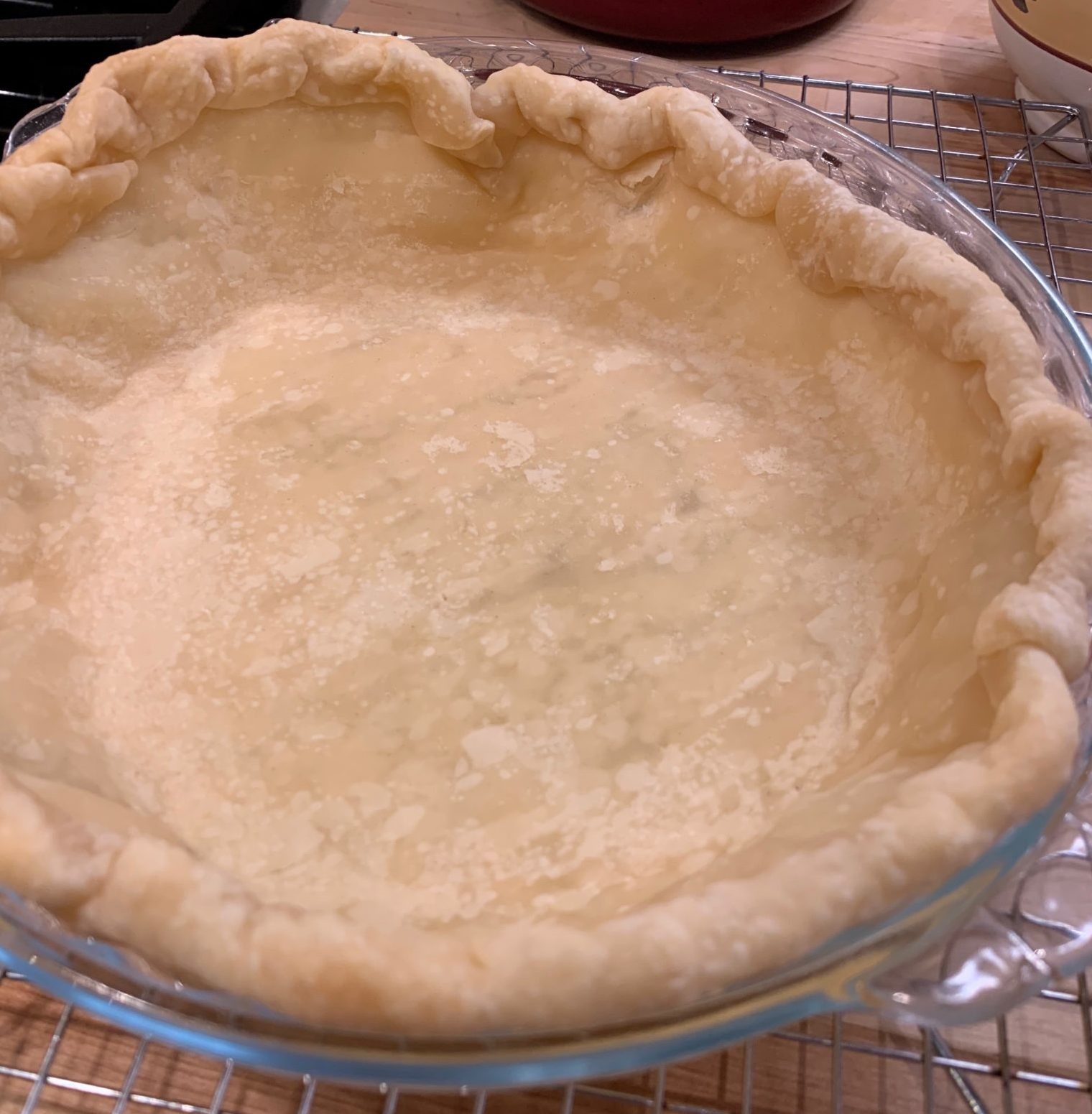 You need a small pie pan for this recipe.  A 9” inch pan will give you three well defined layers.  If you are using a bigger pan, double the amounts for both layers.

Blind bake the pie crust first.  This is done by lining the pie crust with foil or parchment paper and filling it with beans, rice or pie weights (if you have them).

Let the pastry cool for at least 30 minutes and then proceed with the fillings.

Make the cheesecake layer by whipping together all the ingredients until fluffy.  I added pumpkin pie spice to make it a “Pumpkin Cheesecake”.  You could flavor yours anyway you like…as long as you have forgiving family!

Spoon this into the pastry and spread it evenly. 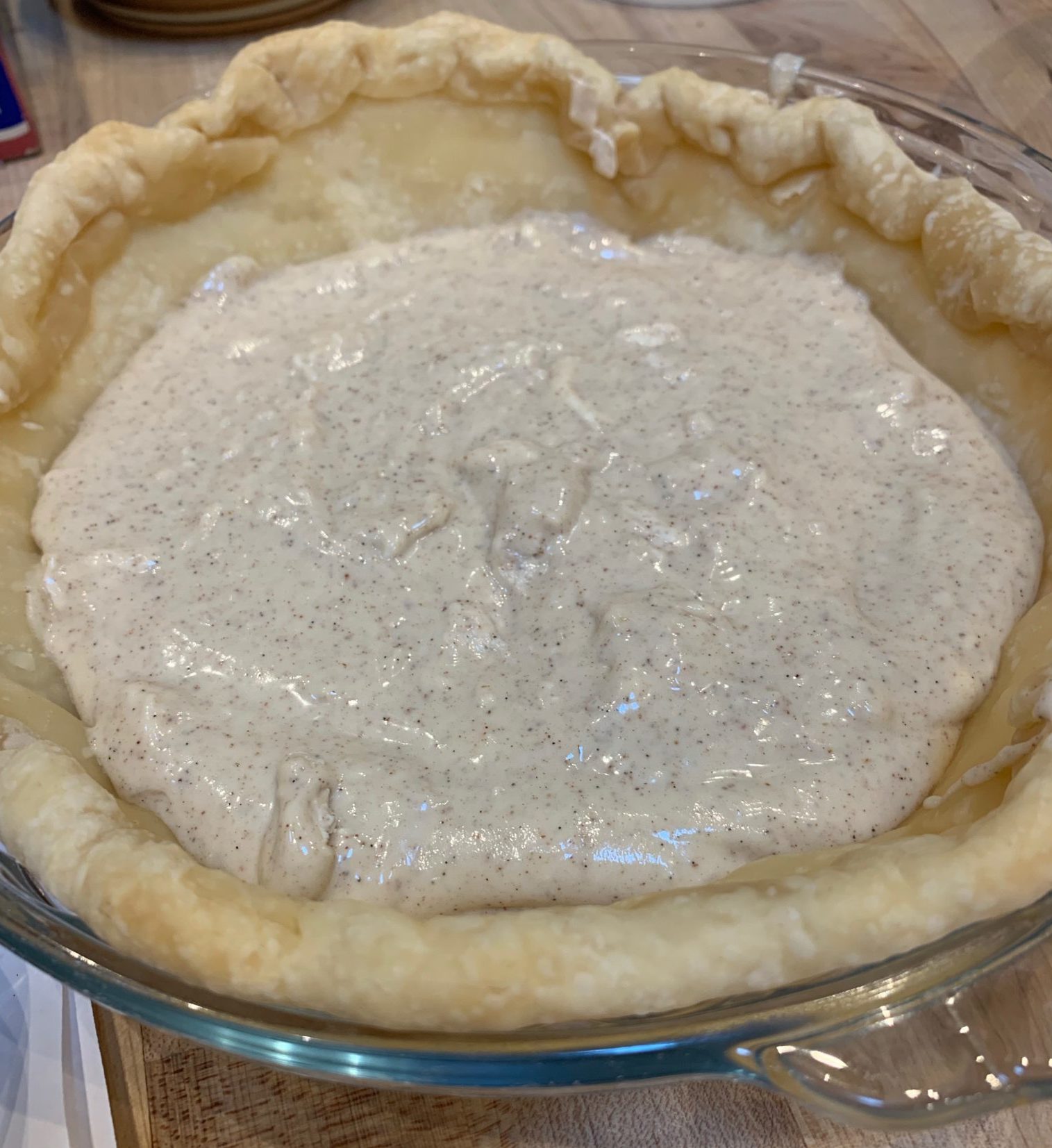 When you add the pecan pie layer, you need to be careful not to disturb the cheesecake layer or poke any holes in it with the weight of pecan filling.  To do this we are adding the filling in three steps.

First, sprinkle chopped pecans over the top of the cheesecake filling. 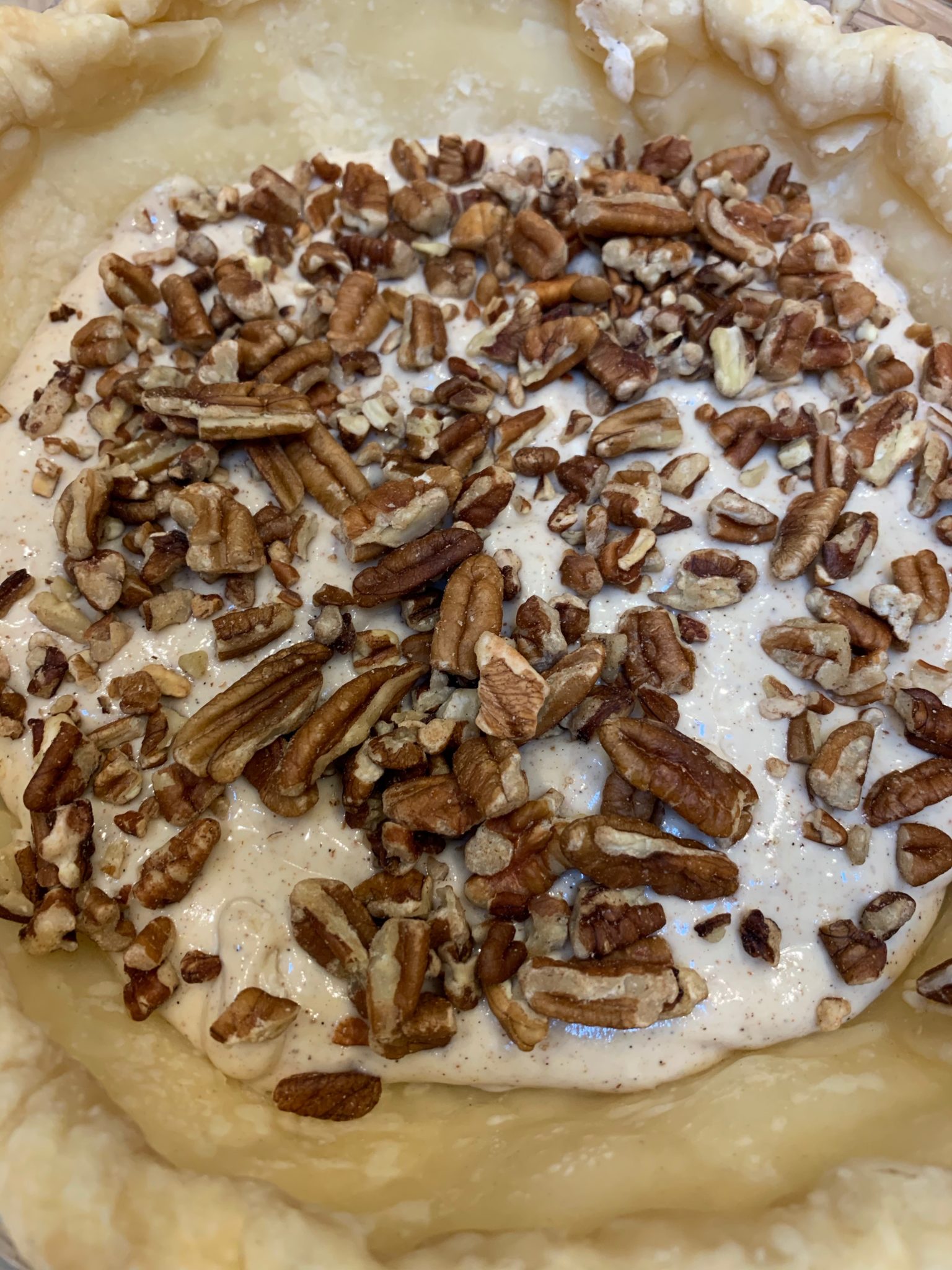 Next carefully pour the pecan pie filling over the back of a spoon or spatula onto the chopped pecans.  Pouring it over a flat surface disperses the filling and keeps it from penetrating into the cheesecake. 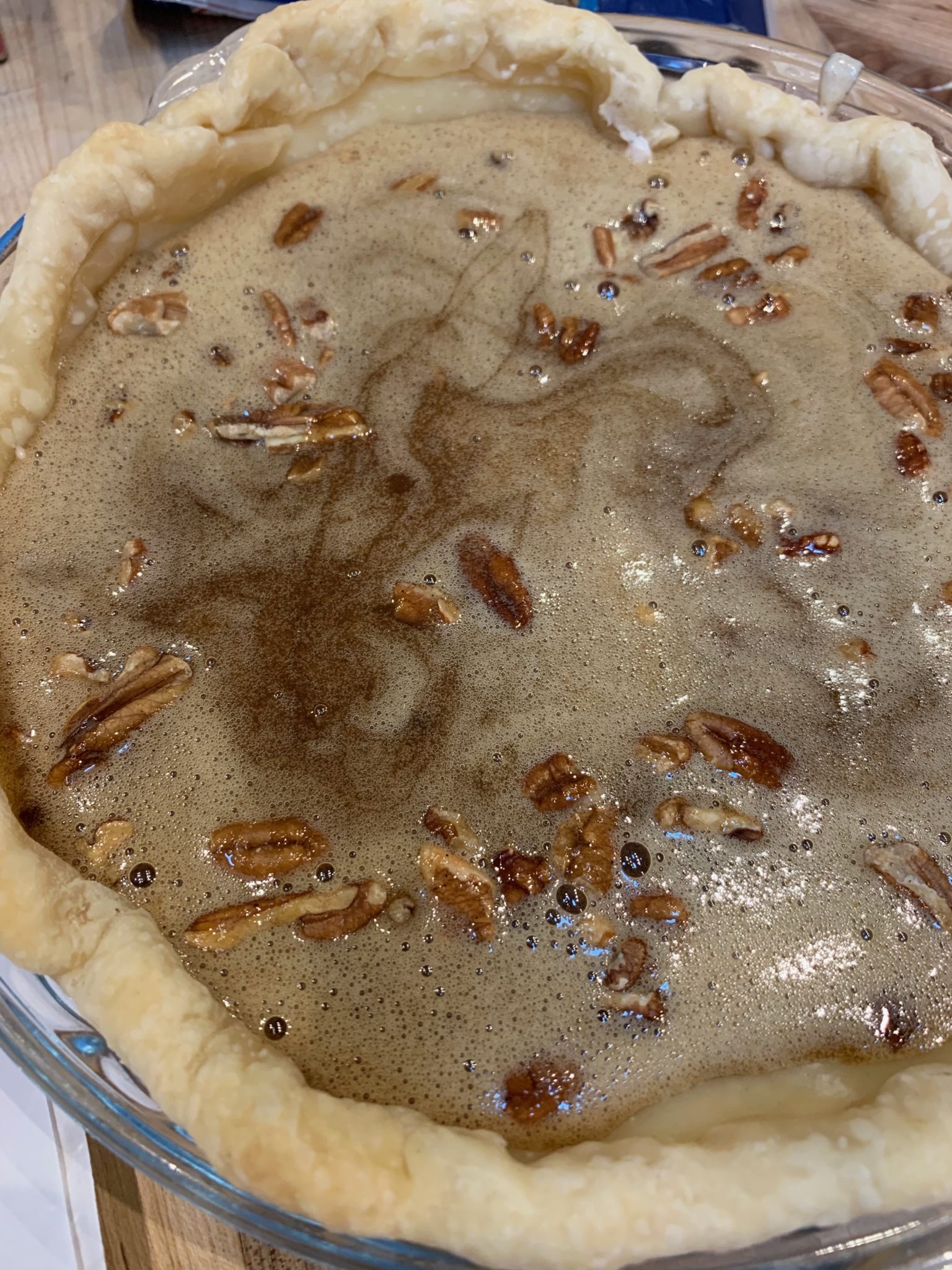 Finally, decorate the top of the pecan pie with whole pecan halves. 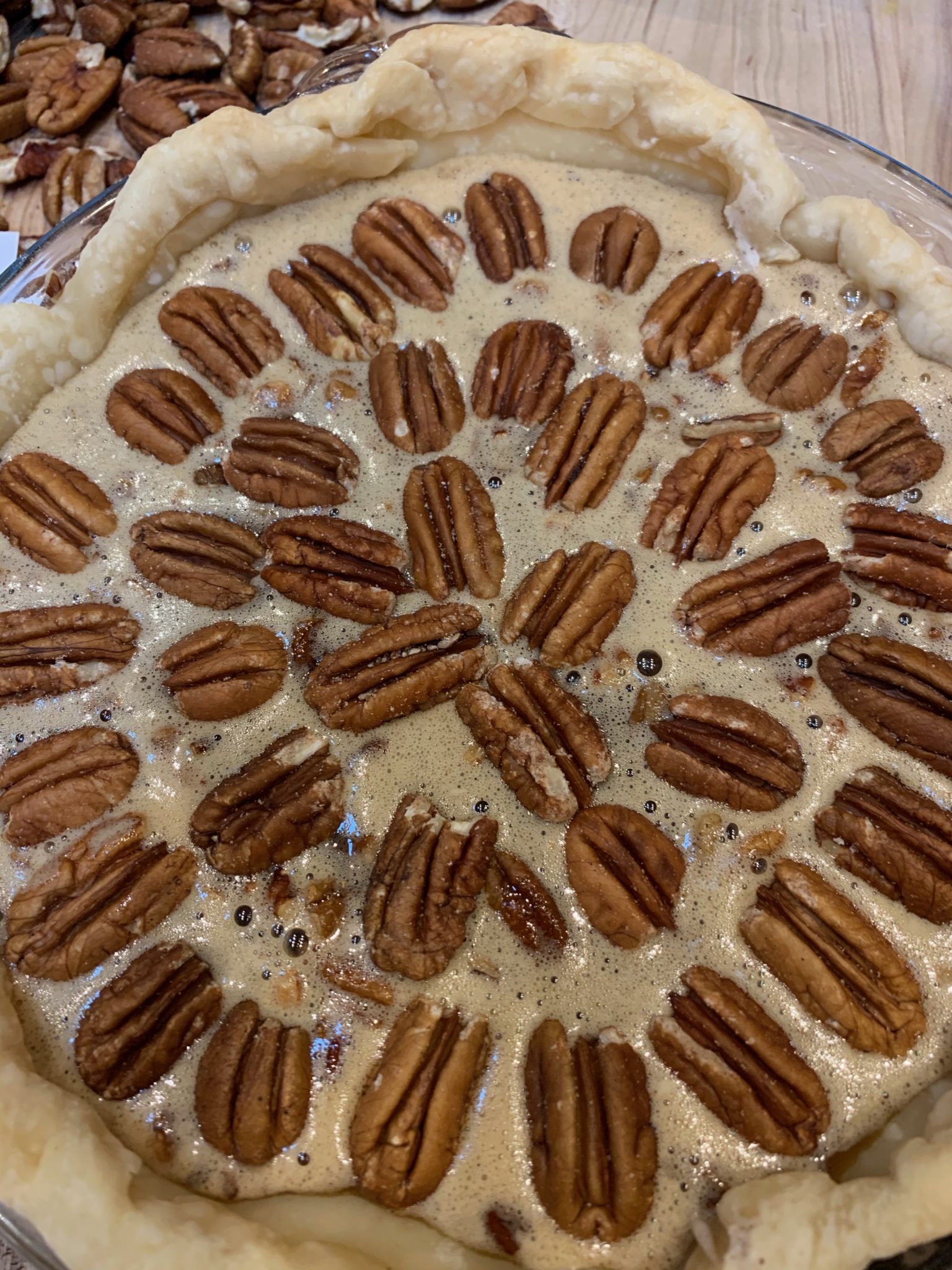 And into the oven it goes.

The end result is a sweet pecan pie which is cut by the slight bite of the cheesecake filling.  It’s like an Oreo.  You can eat it in one bite or separate the layers! 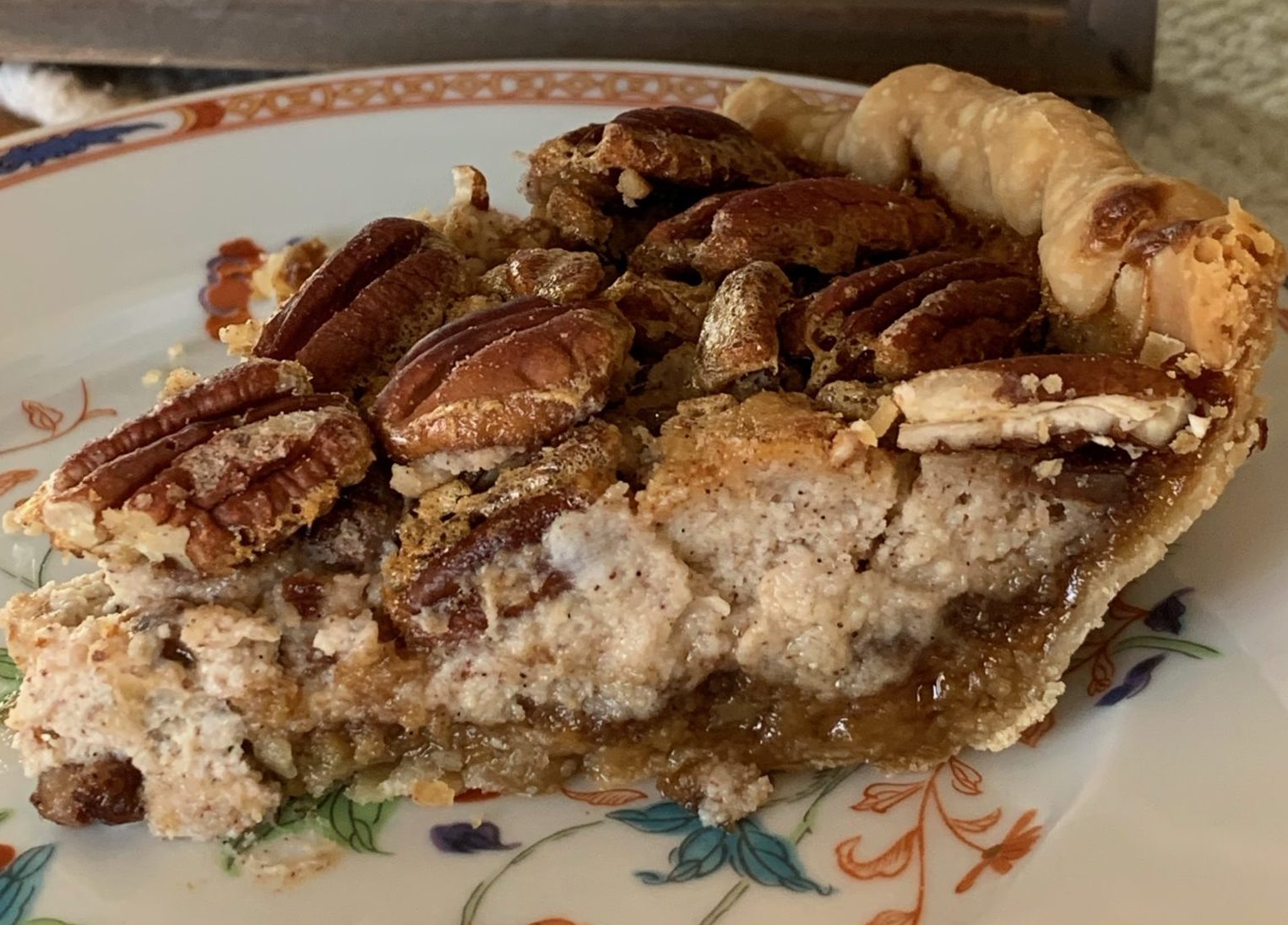 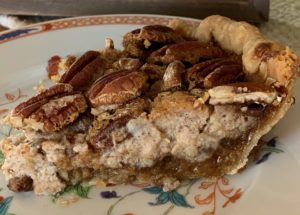 For the Cheesecake layer

For the Pecan Pie Layer

This recipe is for a 9” deep dish pie pan. If you are using a larger pan you will need to double the recipe and adjust the cooking time by 10-15 minutes. If you don’t have vanilla paste you can substitute 1 teaspoon of vanilla extract 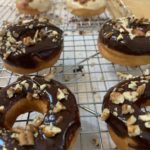 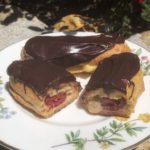 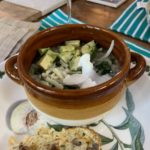