Subscribe to the Blog!
You are here: Home / Baking / IT’S ALL OVER BUT THE SHOUTING BROWNIES 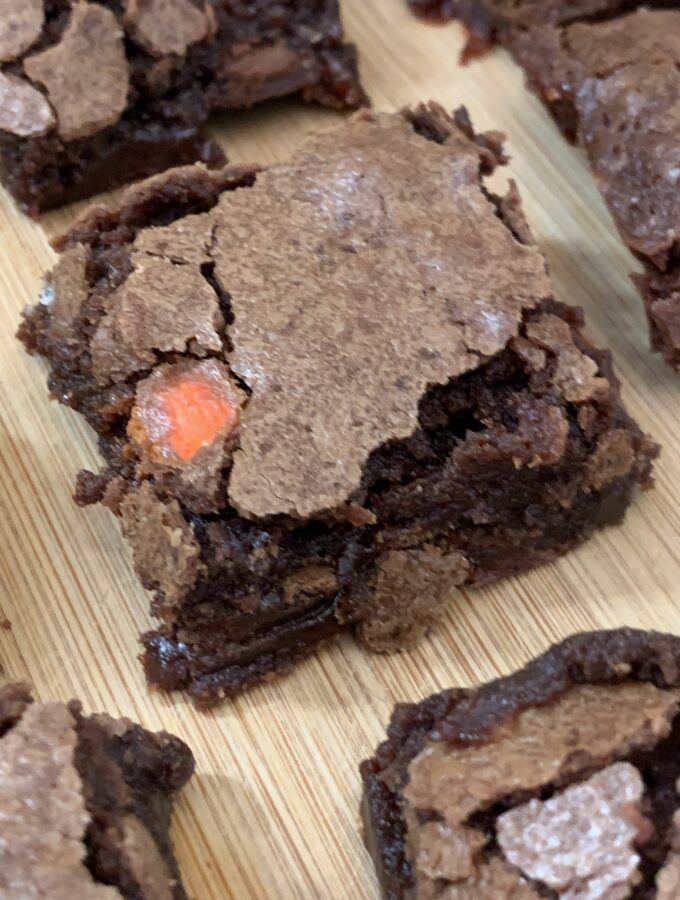 Did you stress-eat leftover Halloween Candy last night?  Are you elated, disgusted, relieved, panicked, trepidatious or just happy to have something (or nothing) decided?

It’s been a long year of jumbled up emotions and the last month felt like the previous six months before it ramped up and jammed into four weeks! Now it’s all over except for the shouting.  The cake is baked.  The deed is done.

You know what we need?  We need chocolate. Chocolate in its most American form.  The one thing we can all agree on.  The Brownie.

Did anyone happen to see this season’s Great British Baking Show on Chocolate?  The one where every single one of the contestants failed miserably when it came to baking an American Brownie?

I think it was because Paul Hollywood was looking for the type of brownie most American learn to make first.  The Brownie with the flaky light chocolate crust that rests on top of a deeply satisfying fudgy chocolate center.

Truthfully, you can go the market and buy a brownie mix but I wanted to try the challenge myself.  And while I was at it, I wanted to disappear some of that left over Halloween candy.

A little research into the difference between box brownies and most homemade brownies uncovered two differences: box brownies contain water and saturated fat in the form of vegetable oil.  Most home brownie recipes have no water in them and use butter.

Start with cocoa powder and boiling water. Mix them together until combined. 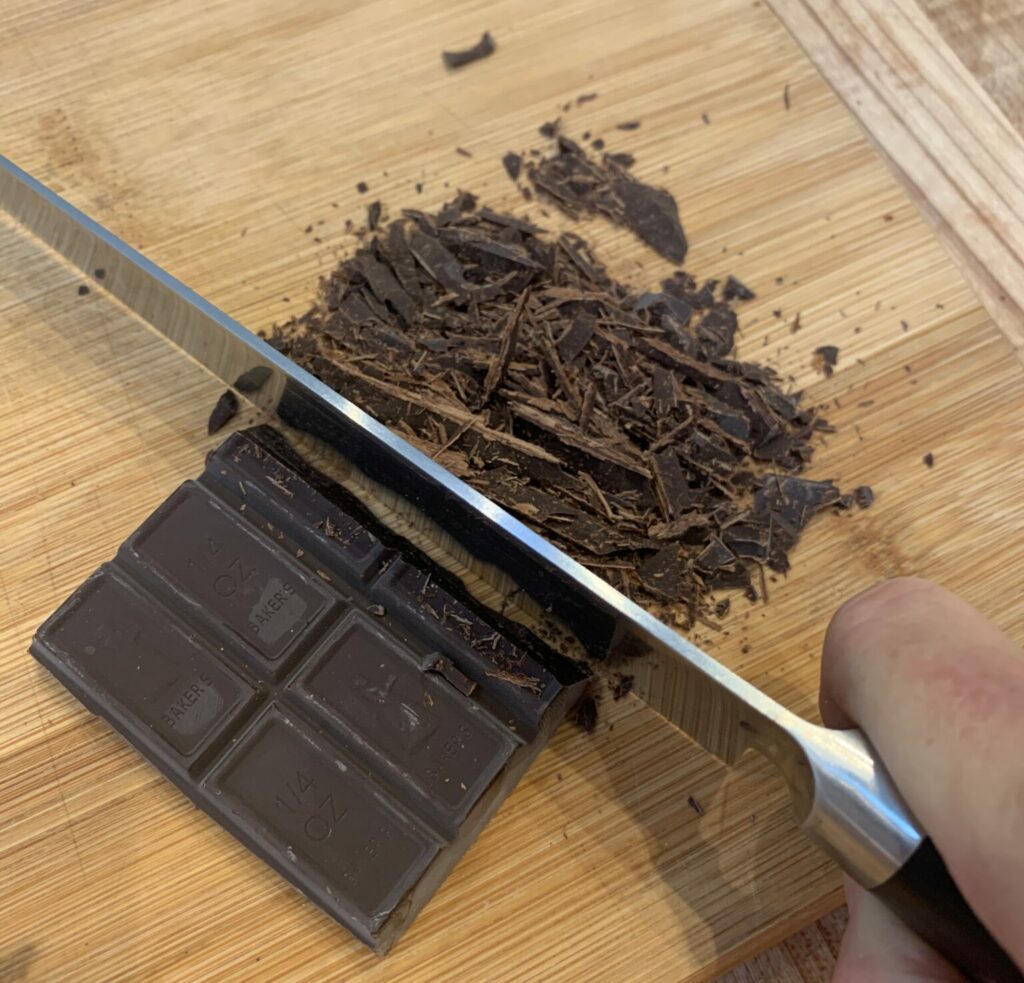 and stir it into the hot mixture until it is melted. and smooth. 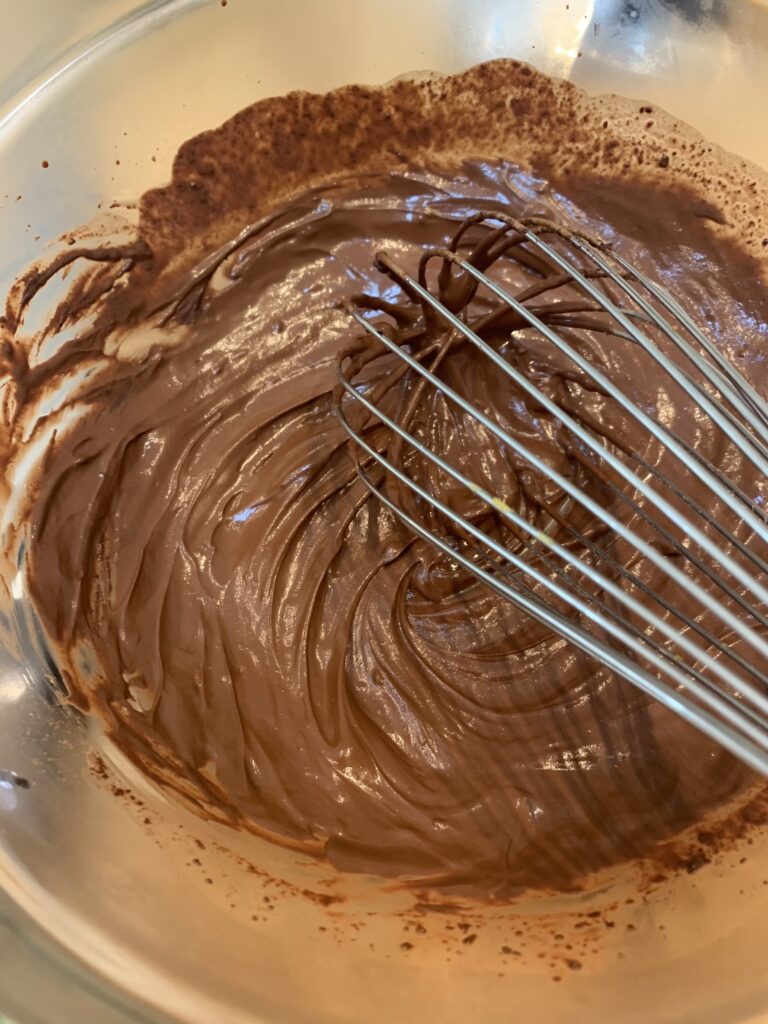 Melt butter (for flavor) and Crisco (for texture) and stir it into the chocolate.  It may separate a bit and look curdled but that’s okay. 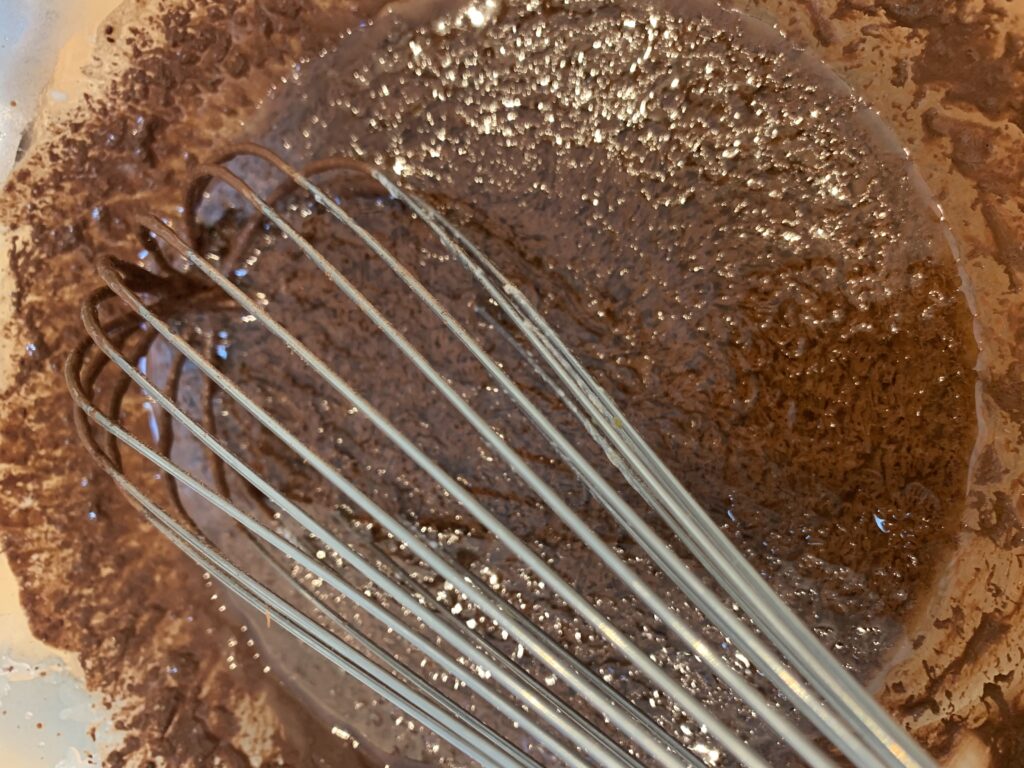 The mixture will probably look grainy and curdled

Move on to the next step.

Whisk the eggs, egg yolks and vanilla together in a small bowl and add them to the chocolate.  Whisk briskly until it is smooth and delicious looking. 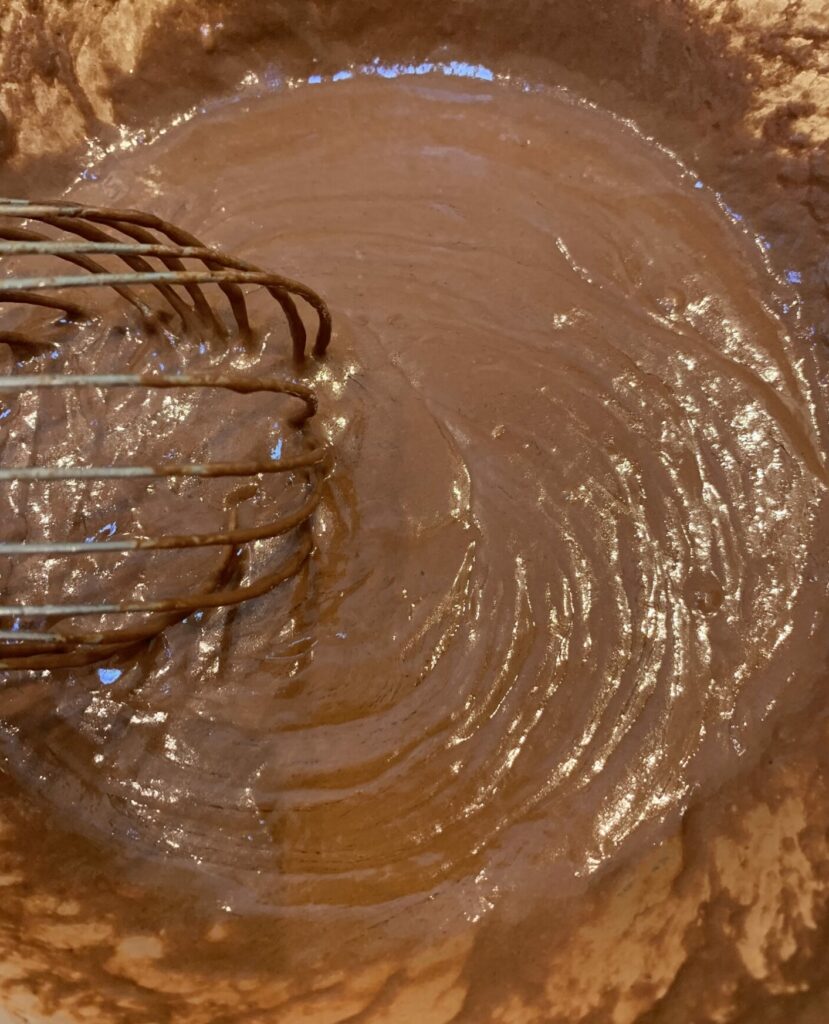 The eggs will bring the mixture back together and emulsify it.

Stir in the sugar. Add the flour and the salt and mix it all together.

Finely stir in about 1 cup of Halloween candy. I used a mixture of candy corn and M&M’s.  If you don’t want to use candy, add a cup of chocolate chips. 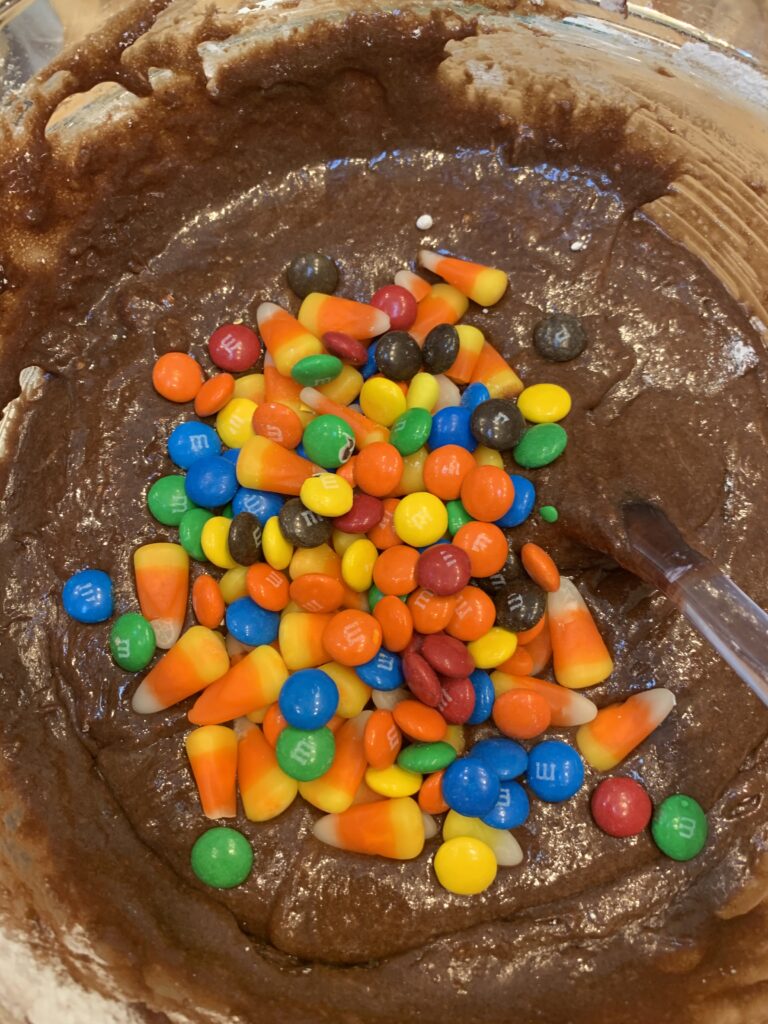 Candy or Chocolate Chips–Its your choice!

Just look at that.  Box-mix Brownies made from scratch! 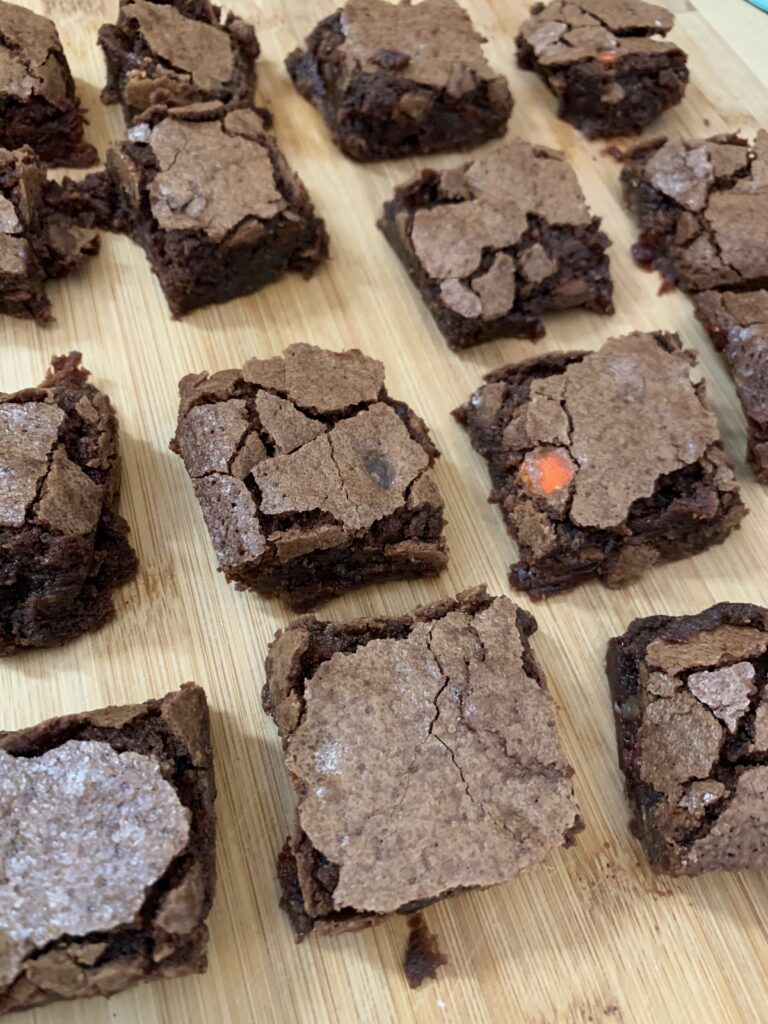 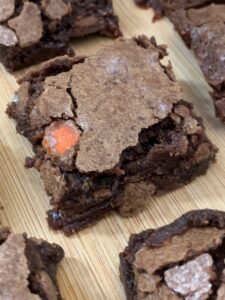 IT’S ALL OVER BUT THE SHOUTING BROWNIES

Note: Depending on the type of candy you use, it can be hard to remove the brownies from the parchment paper. Chocolate candies are best for ease of cutting! 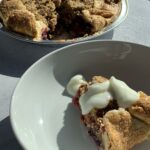 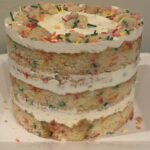 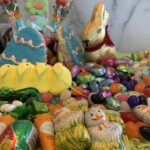 What are you having for breakfast? I’m having p

If my phone could take a selfie of itself it would

When your daughter asks, “Shrimp and Carnitas T

How about a fresh and light salmon tray bake for S Happy Friday! May your weekend be filled with sun Is there anything prettier than berries in a bowl?

Is there anything better than pie for breakfast?

If my phone could take a selfie of itself it would show you how it fits in my new mini tripod. But it can’t. And now I have to figure out how to use it! #foodphotography #bloggersofinstagram #awomancooks
.
.
.
.
#writingafoodblog #recipephotography #howtophotographfood #ashevillefoodie