Subscribe to the Blog!
You are here: Home / Baking / ALMOND PEAR PIES 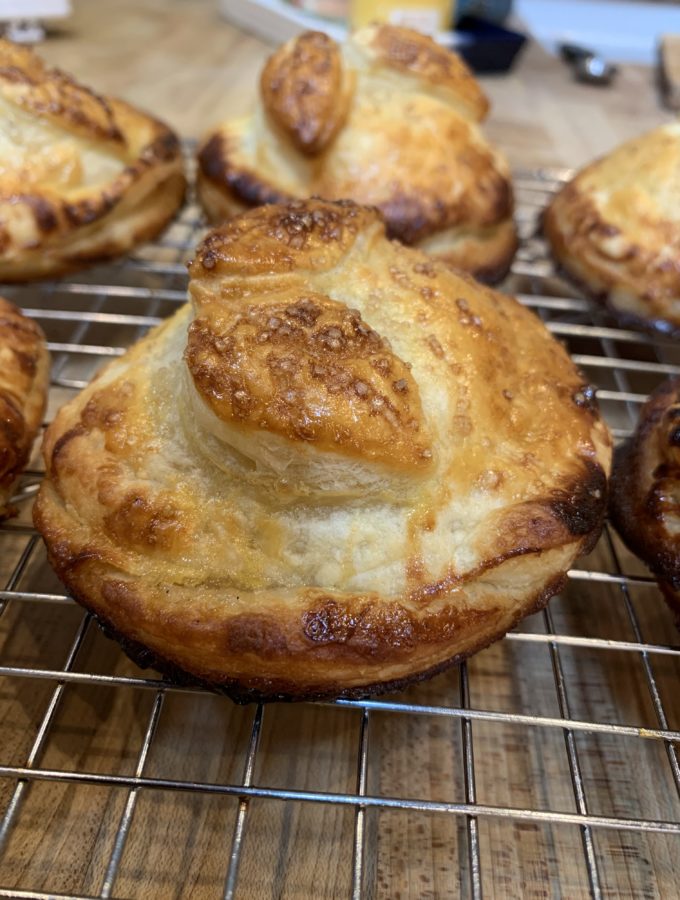 Have you ever been in a bakery and been awed by the beautiful displays of breads, cakes and pastries?  Of course you have.  You should be.  The baker has spent years perfecting his craft because presentation is a big part of the delight we get from a fancy dessert.

This week’s technical challenge from the Great British Baking Show was to turn a simple Pear Pie into a pear sculpture.  Like this: 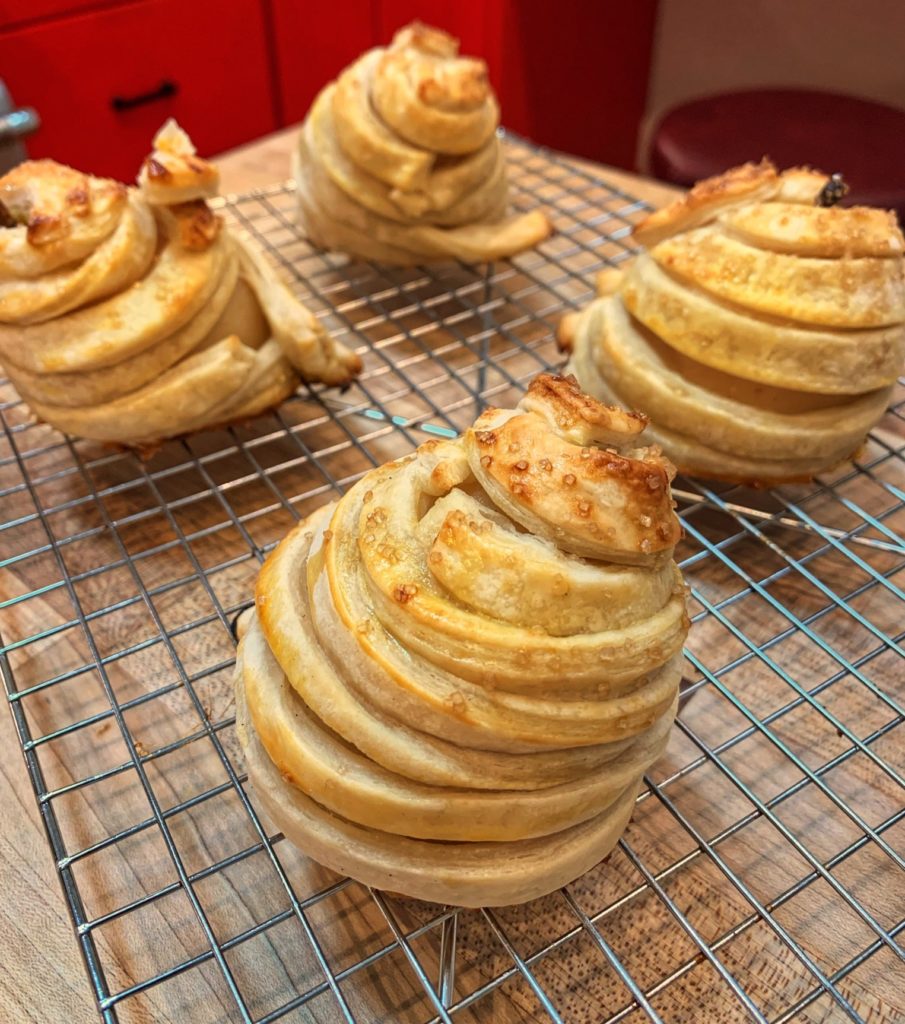 These pears are far from perfect and difficult to achieve

But having made it, I would never do it again.  There is an easier way which results in a delicious handheld pie: crisp, flaky puff pastry, delicate poached pear and a luscious almond cream. The pie won’t take forever to make or frustrate you as you try to wrap a sticky, slippery pear in strips of puff pastry!

There are three parts to this.

Everything can be made in advance so you can spread the work out over a day or two if you need to.

I bought mine.  For the original wrapped pears I made rough puff pastry but when I decided to make it user-friendly I went straight to the store.  Let it thaw in the refrigerator overnight and remove it about ten minutes before you are going to use it.  One package of puff pastry is enough for six hand pies 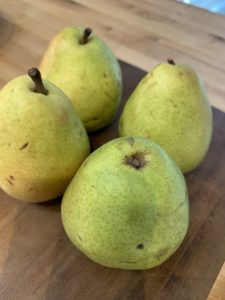 Put sugar, dry rose wine, water, a vanilla bean and some lemon zest in a medium pot and bring it to a boil. 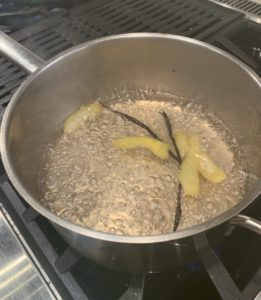 Peel the pears and simmer gently in the syrup until soft to the touch of a fork.

Once done, cut them in half, cut out the core and fill the cavity with a yummy almond cream. 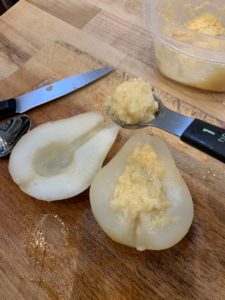 The pears are placed on a pastry circle, 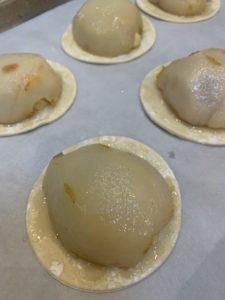 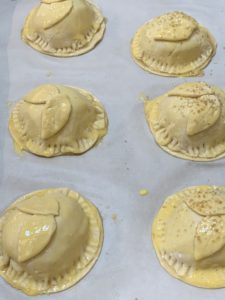 If you like you can cut some decorative shapes out of the remaining pastry and use them to make leaf shapes. 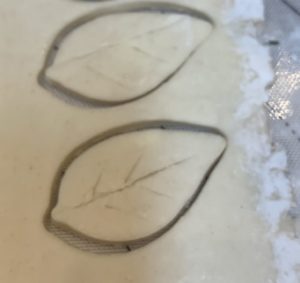 Bake it until it is golden brown. 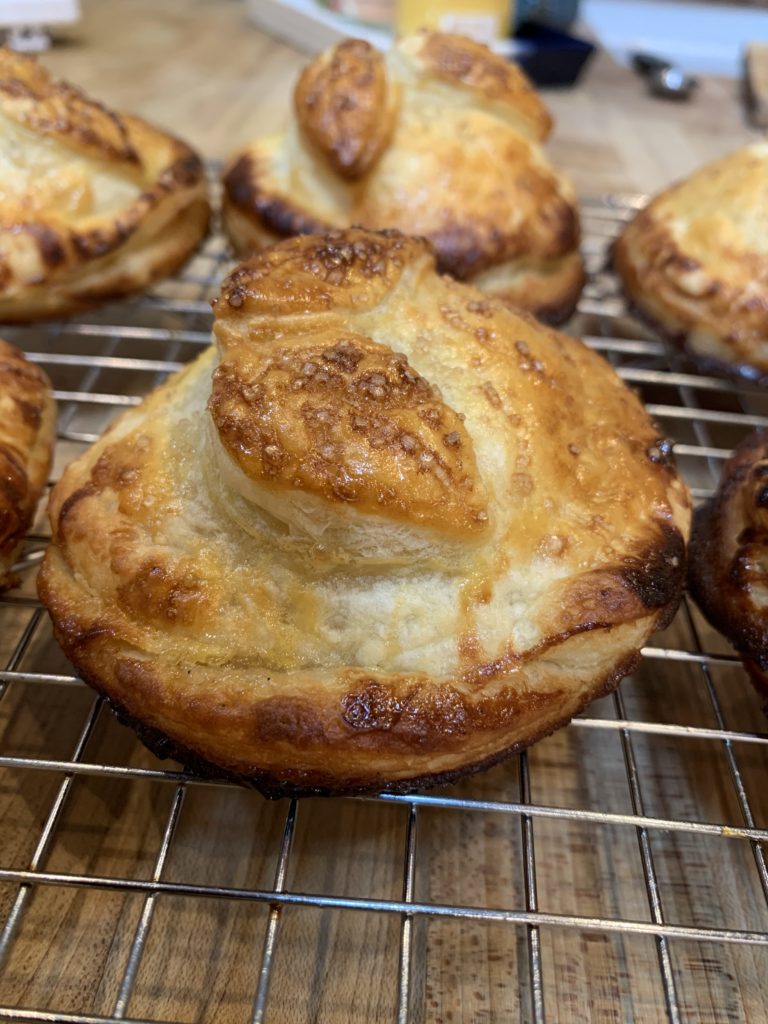 Just as good (if not better) and a whole lot easier! 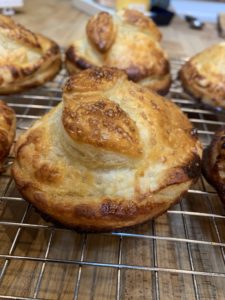 For the almond cream

Note: Almond paste can usually be found in the baking section of the store. It is easy to make if you can’t find it. This is the recipe I used: Easy Almond Paste from thespruceeats.com 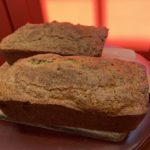 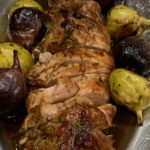 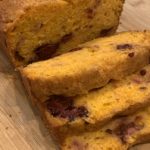 Our French Laundry Dinner was a huge success! For

Truffles, caviar, foie gras: this meal is over the The cooking continues for our French Laundry Dinne Once a year my daughter picks a cookbook and cooks