Subscribe to the Blog!
You are here: Home / Baking / JANUARY IN PARIS: GALETTE DES ROIS 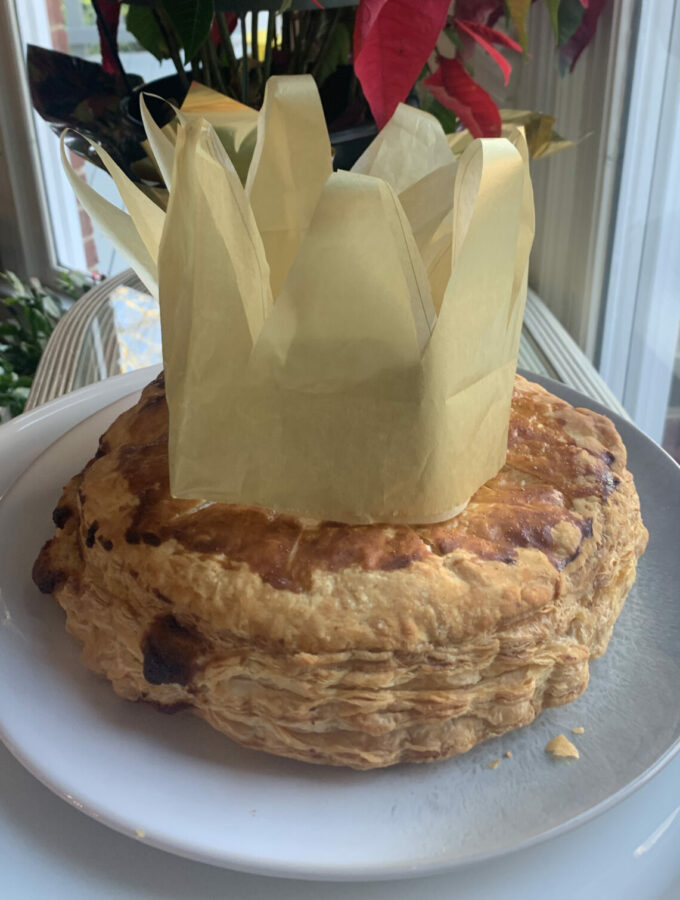 It’s January in Paris and on the shelves and in the display cases of every patisserie and bakery you will find a Galette Des Rois (King’s Cake).  The simple puff pastry shell encases a filling of delicate almond cream and a thin layer of apricot jam.  Hidden inside is a small “feve”, traditionally a bean but more often a tiny figurine of the baby Jesus. The lucky finder of the feve receives a paper crown and the title of King for the day.  Although Twelfth Night (January 6) is the traditional day for enjoying a King’s Cake, the French will eat their fill throughout the month.

It’s been many years since I was in Paris but every January, I remember this simple dessert and think I should make one.  And now 35 years later I have done so! Now that I have, I wonder

A) What took me so long?

B) Why don’t they eat this every month of the year?

Frozen puff pastry sheets from the supermarket and easily purchased almond flour eliminate much of the work from the recipe while delivering admirable results.

The most important part of the recipe is to keep things cold.

Start with the almond cream filling.

Beat together powdered sugar and butter until it is almost white.   Then add some eggs, the almond flour and flavorings.  Mix it well and cool it for at least an hour but better overnight. 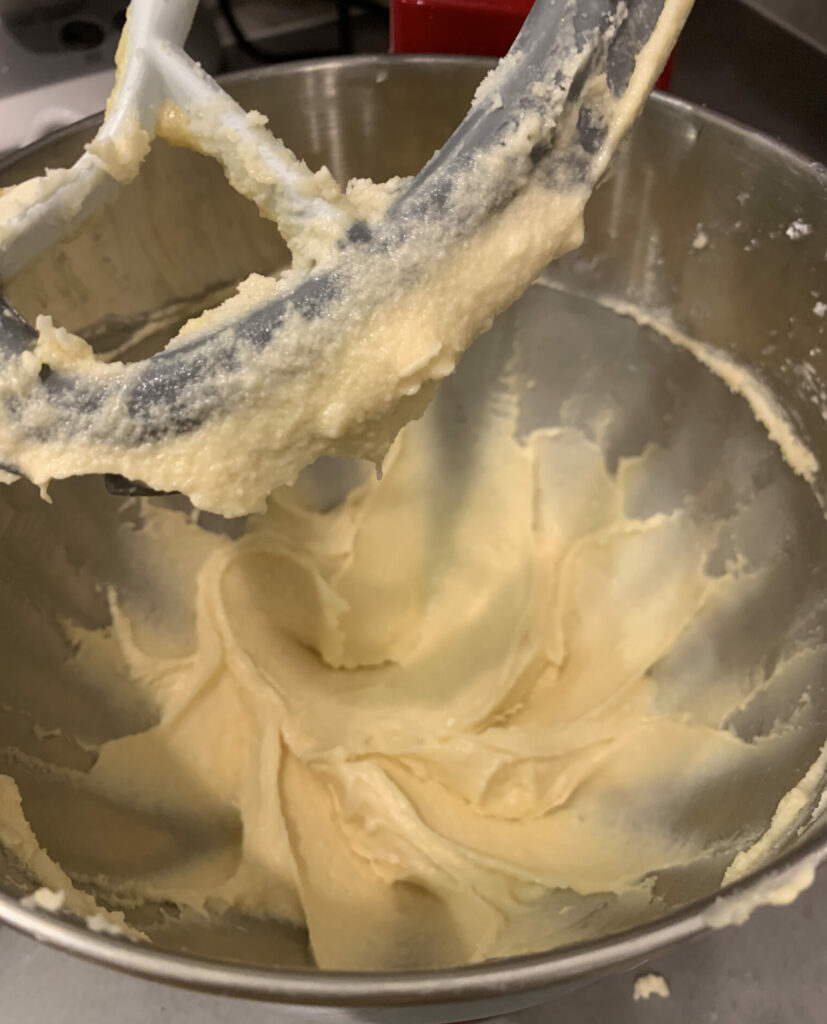 Once the filling has cooled, you can make the Galette.  Take one sheet of puff pastry out of the refrigerator and cut a 9” circle.  Use a sharp knife and try not to collapse the edges.

Put the circle on a parchment lined pan.

Spread it with jam, leaving a decent margin on the edges (1-2”). 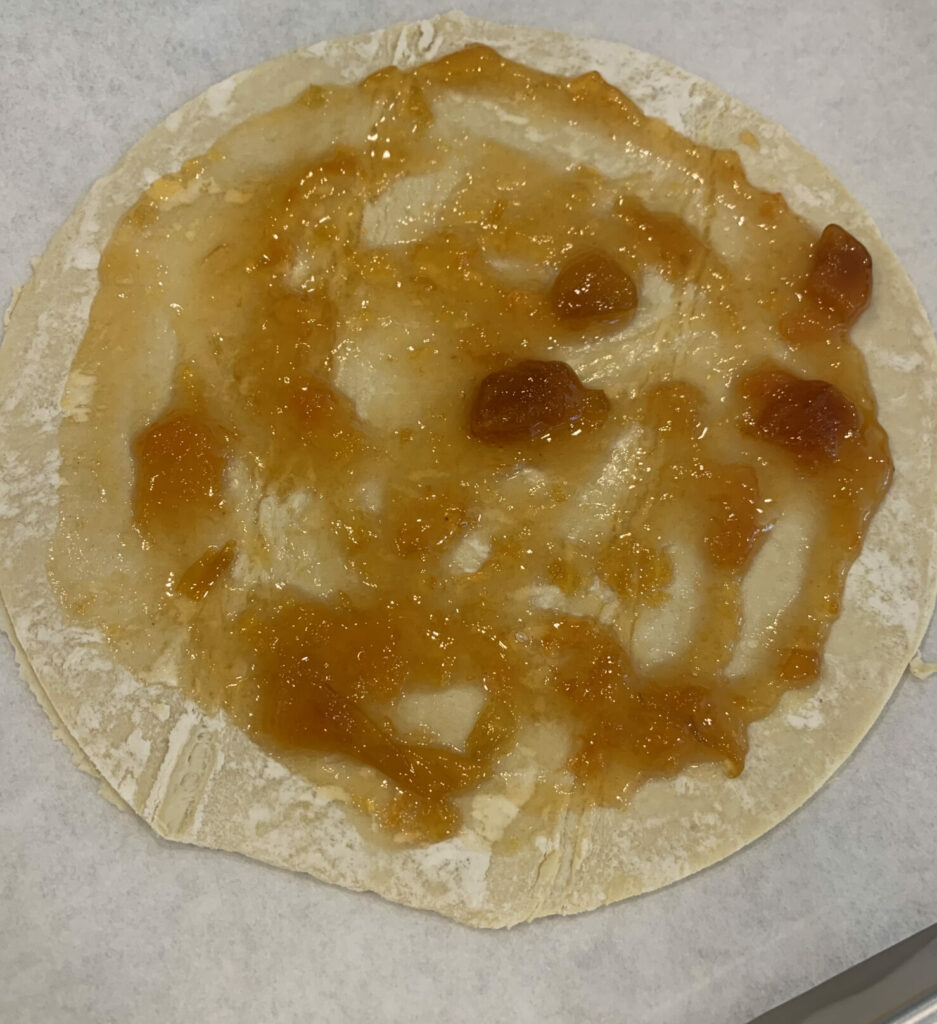 Spread the jam almost to the edge but leave a large enough border to get a good seal when you add the top.

Next remove the chilled almond cream from the refrigerator and spread this on top of the jam.  Press an almond or bean into the filling . 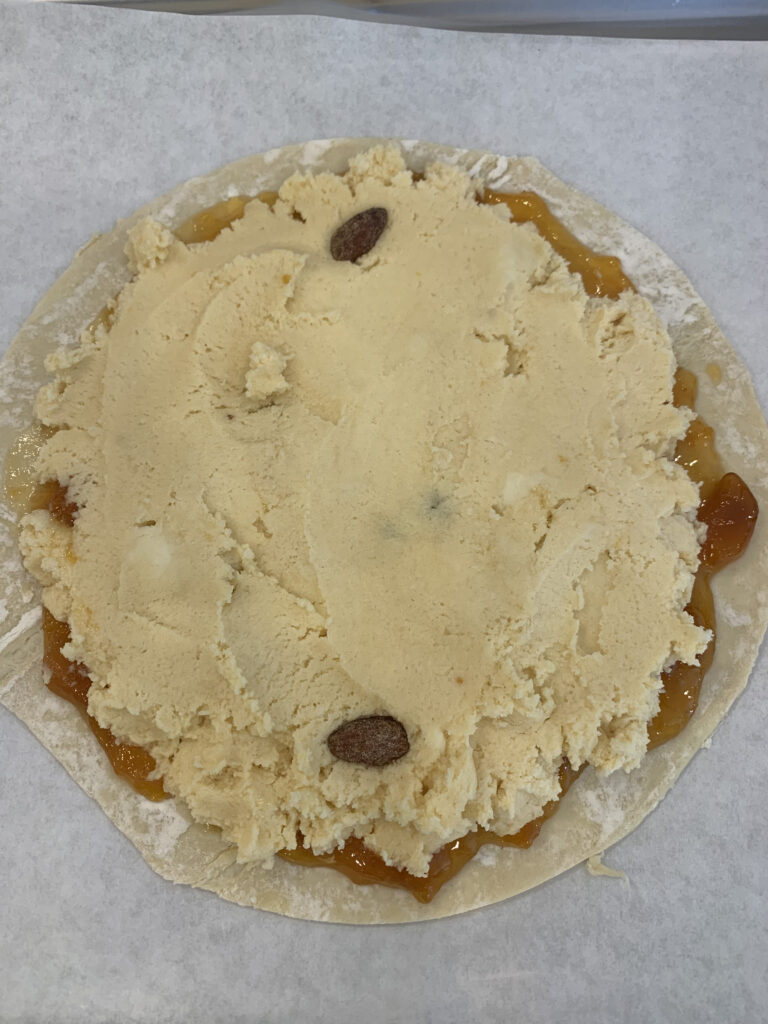 I used two almonds because I was making the cake for my young grandchildren so we had a King and Queen!

Remove the second sheet of puff pastry from the refrigerator and cut another 9” circle.

Brush the edge of the galette base with water and top it with the second circle of puff pastry.  Carefully seal the galette all the way around by pressing it closed with your finger.  It is important to get a good seal all around so none of the filling leaks out during baking.

Now take the flat edge of a table knife and indent the edge of the galette at 1″ to 2” intervals all the way around. 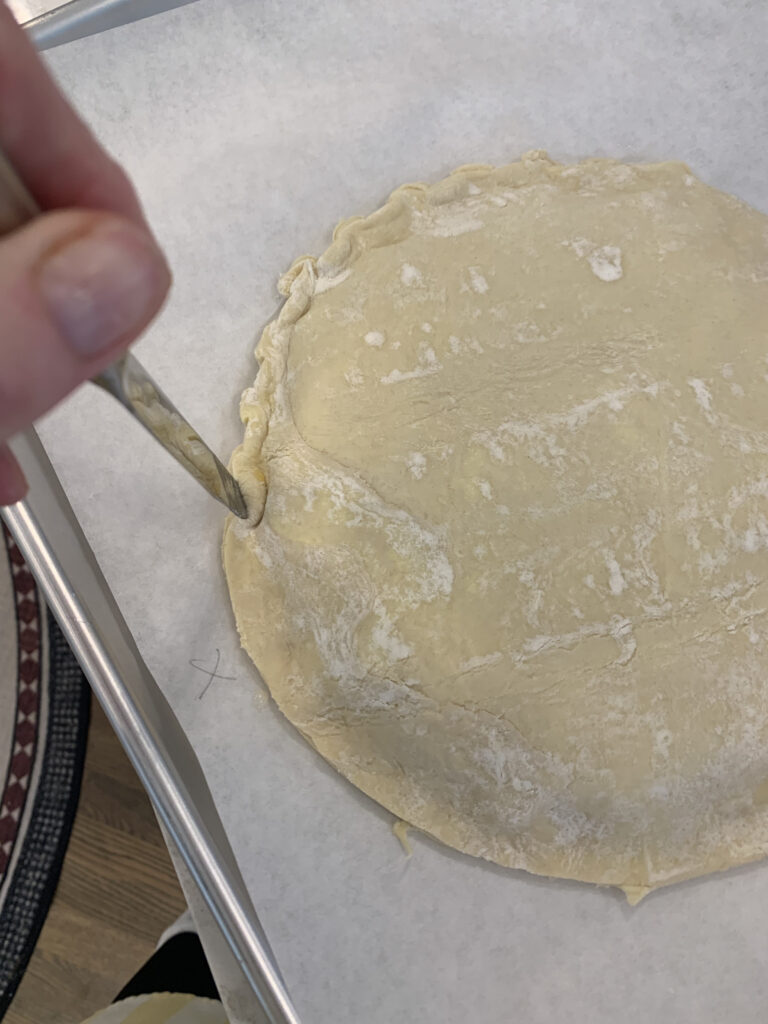 Cover the galette and put it in the refrigerator for at least an hour minutes.

When you are ready to cook the King’s Cake, preheat the oven to 450 degrees.

Remove the galette from the refrigerator and brush it all over the top with an egg wash.  Be careful not to let the egg drip down over the edges as this will prevent the puff pastry from rising.

Bake the cake until it is risen and golden brown. 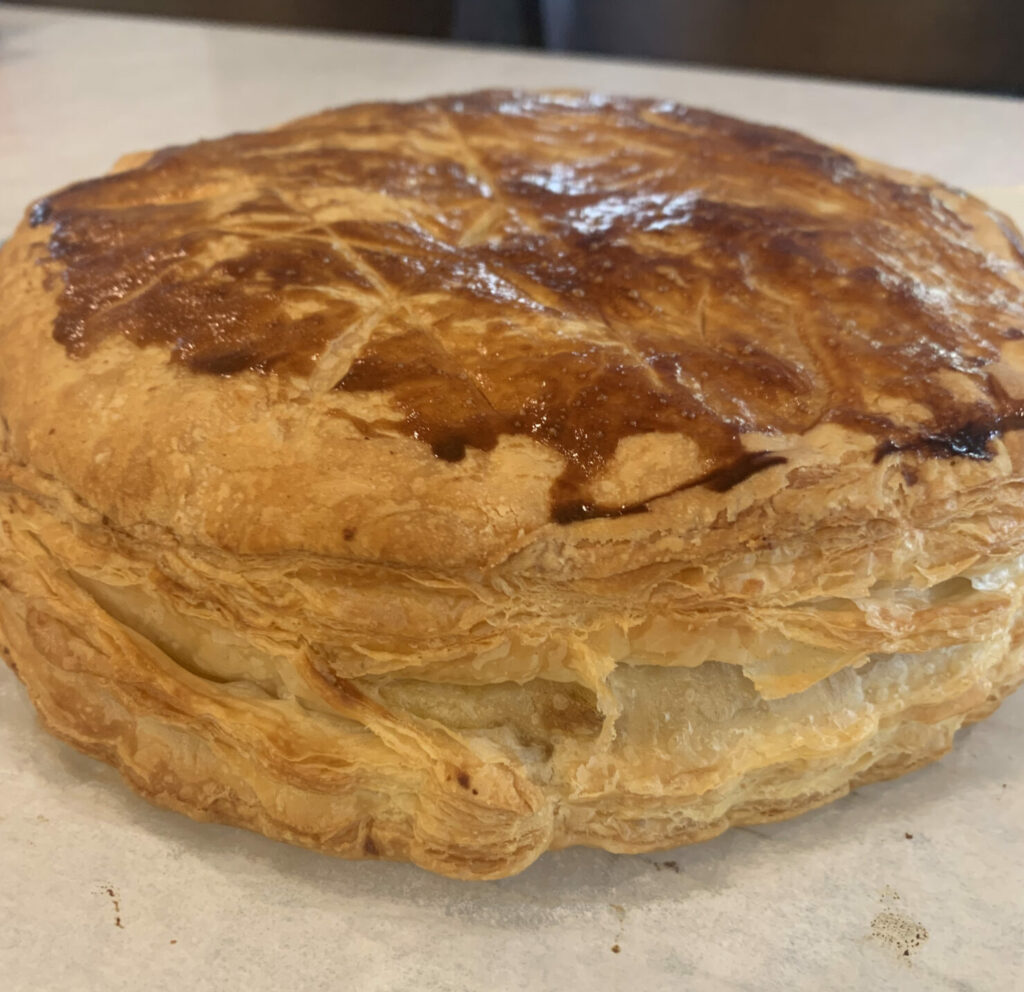 In the way of puff pastry, some cakes will rise more than others.  I made two yesterday with varying results.  One was perfectly high and round.  The other leaked a bit on one side with the result that that side did not rise as much. But both tasted delicious.

Once they are done, let them cool. Here again they may deflate a bit.  It’s just how puff pastry is.

You can serve them warm or at room temperature.  The galette is a little like a super-sized almond croissant, which gives me leeway to eat a slice for breakfast. 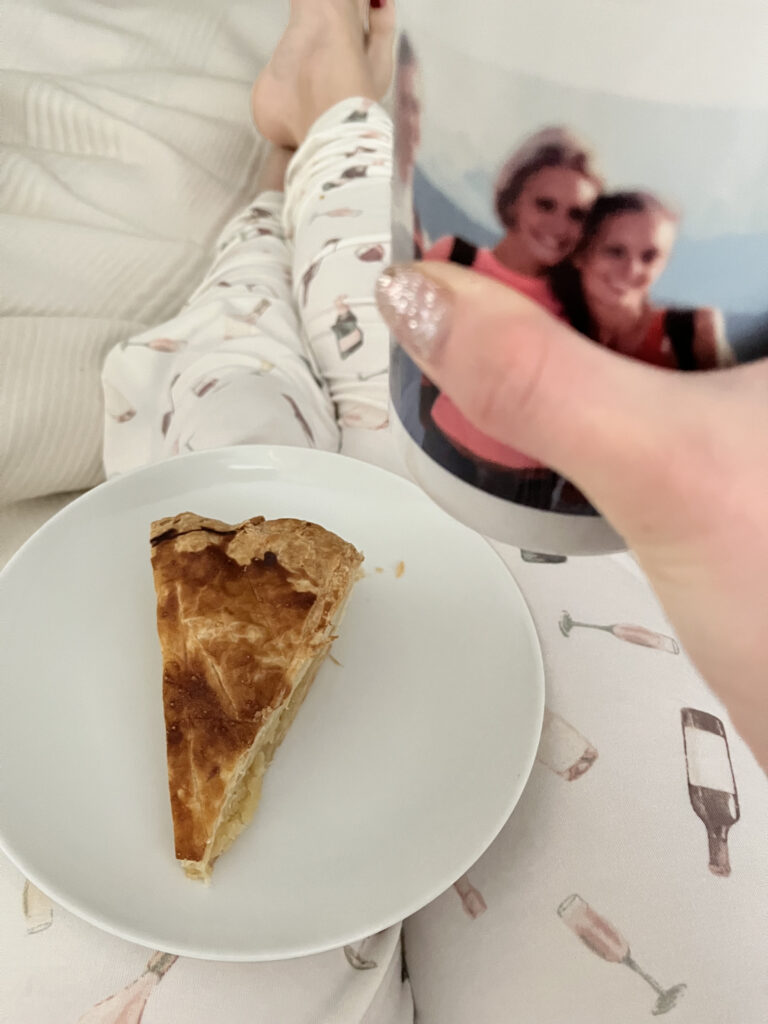 A cup of coffee and a slice of the Galette Des Rois makes a fine start to a morning! 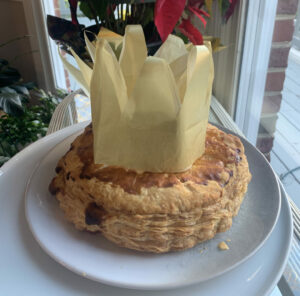 FOR THE ALMOND CREAM 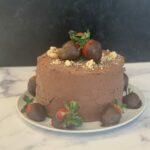 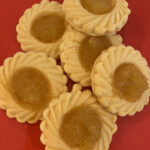 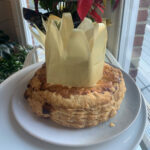 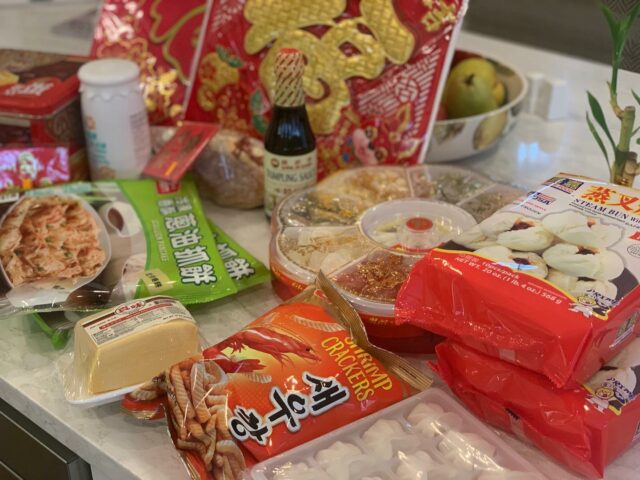